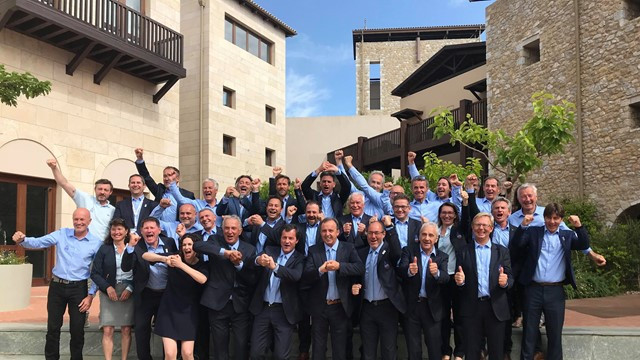 Meribel-Courchevel in France and Planica in Slovenia have been awarded the respective Alpine and Nordic Skiing World Championships in 2023, it has been announced.

Both were chosen by the International Ski Federation's (FIS) ruling council and announced during a special reception at their governing body Congress in Costa Navarino in Greece.

Meribel-Courchevel edged Saalbach in Austria by nine votes to six to host the Alpine event.

It will be the first FIS World Championships in France since Val d'Isere also hosted Alpine events in 2009.

Planica in Slovenia won by an identical margin against Trondheim in Norway to finally land the corresponding Nordic event after three unsuccessful bids.

Vikersund in Norway was also elected unopposed as host of the 2022 Ski Flying World Championships.

Bukuriani in Georgia will host the 2023 Freestyle and Snowboard World Championships after also facing no opposition.

It will mark the first FIS World Championship-event to take place in Georgia.

"The bid of Courchevel-Meribel was very appealing with two top level resorts offering essentially men’s and ladies’ venues, which is sure to facilitate scheduling and logistics," said FIS President Gian-Franco Kasper.

"The French organisers are sure to put on an excellent show for the athletes, media and fans.

"Planica has put a massive investment into their facilities, which now boasts perhaps the most state-of-the-art Nordic Centre facilities anywhere on the globe.

"The athletes will truly have a chance to live up to their fullest potential at these World Championships and the passion of the Slovenian people for winter sports will create a memorable atmosphere."

Kasper is expected to be crowned as FIS President for four more years tomorrow at the FIS General Assembly after no opponents emerged to challenge him.