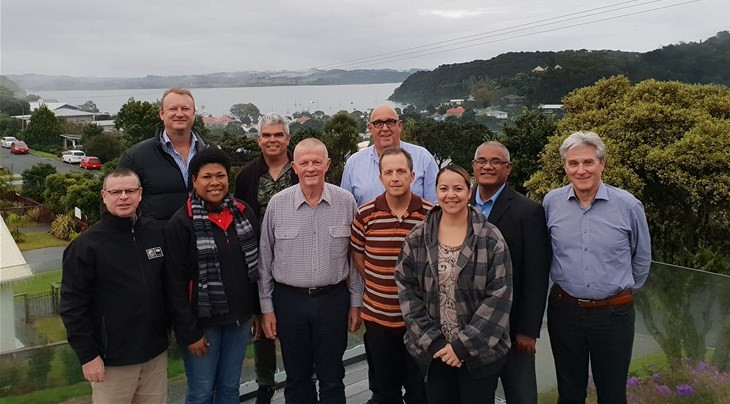 The International Basketball Federation (FIBA) Oceania Board formulated plans to celebrate the organisation's 50 year anniversary in October at a meeting in New Zealand.

The meeting saw the official launch of a logo for the anniversary dinner, which will be held in Sydney, Australia, on October 20.

Guests for the event will include both current and former staff and board members, as well as representatives from the 22 FIBA Oceania national federations.

"This is an event to highlight and celebrate all of the people who have contributed to basketball in Oceania since 1968," said FIBA Oceania President Burton Shipley.

"It is important that the event reflects the significance of the contribution these people have made."

FIBA Oceania executive director David Crocker said: "It is not often that we can bring all 22 national federations together so we look forward to having this opportunity to celebrate 50 years and discuss what we want to implement in the future."

Also on the agenda of the meeting were reflections on the Gold Coast 2018 Commonwealth Games in April.

The success of the Basketball for Good programme, which is funded by the Australian and New Zealand Governments and FIBA to support Pacific island nations, was also discussed.