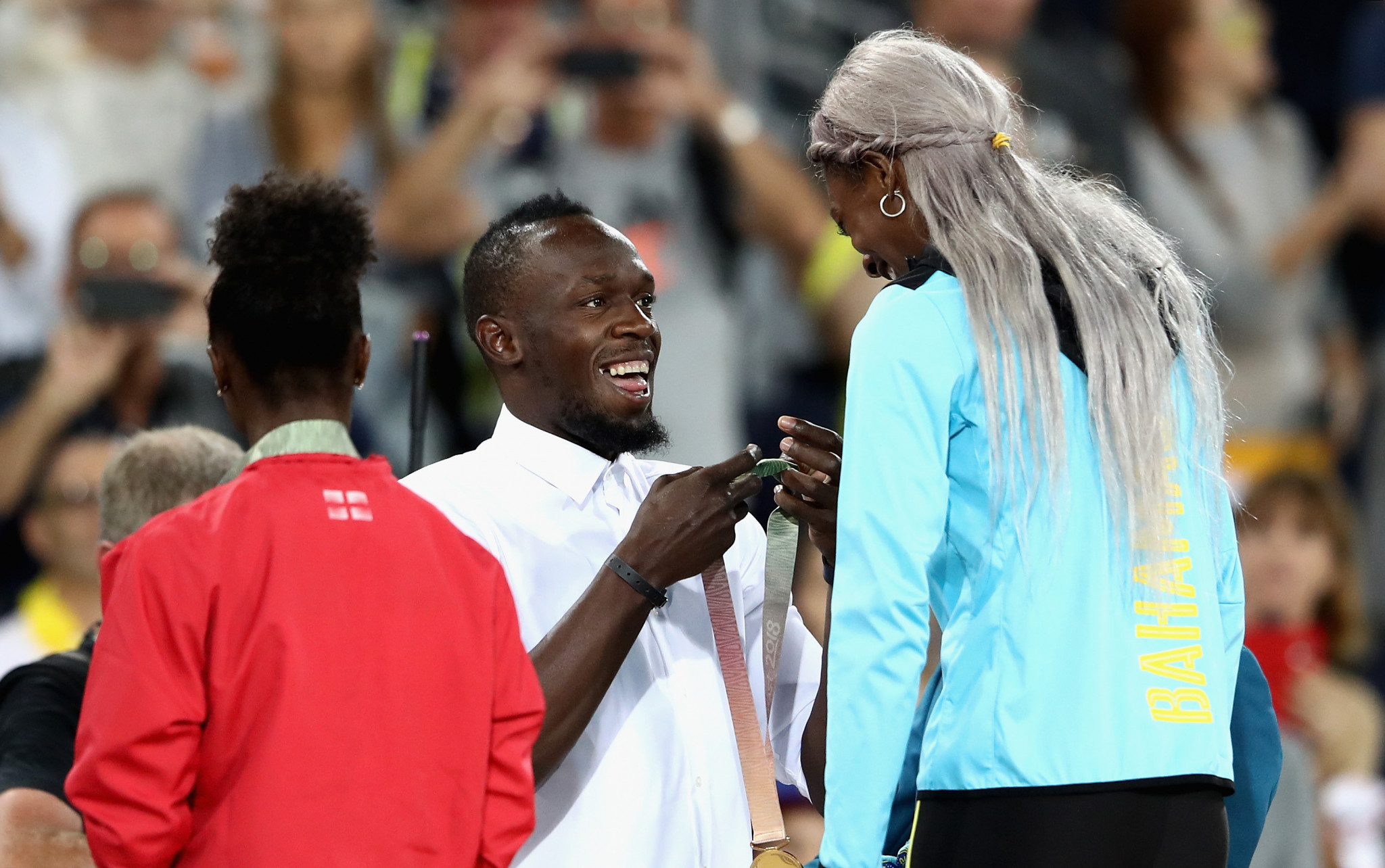 Shaunae Miller-Uibo will start the defence of her International Association of Athletics Federations Diamond League 200 metres title in Shanghai tomorrow against a field that includes the world champion, Dafne Schippers, and silver medallist Marie-Jose Ta Lou.

The 24-year-old Bahamian, who also won the Diamond League trophy for 400m - the distance at which she earned gold at Rio 2016 - finished one place behind Ta Lou in the London Olympic stadium last summer and has already laid down a huge marker for the season by winning the Commonwealth 200m title in a Games record of 22.09sec.

Schippers, of The Netherlands, got her Diamond League season underway on May 4 at the Doha meeting, where despite clocking 11.03 in the 100m she could only finish sixth in a race won by Ta Lou, of the Ivory Coast, in 10.85.

“This year I think we’re going to focus a bit more on the 200m,” said Miller-Uibo.

“Opening up with a 22.09 and a Championship title is a great start for me.”

Miller-Uibo is one of 20 reigning world or Olympic champions taking part in the second leg of this season’s 14-event series, which will climax with winner-takes-all finals in Zurich - where Miller-Uibo set a national record of 21.88 in winning last year - and Brussels, for which the preceding meetings will serve as qualifiers.

Jamaica’s world and Olympic champion Omar McLeod will seek a hat-trick of wins in the Shanghai Stadium, but the Diamond League title is not his to defend.

That honour belongs to the Russian athlete Sergey Shubenkov, world silver medallist, and competing in China as an Authorised Neutral Athlete against the background of Russia’s continuing suspension from international athletics on doping grounds.

Also toeing the line will be the man who set the world record of 12.80 at the 2012 IAAF Diamond League final in Brussels, Aries Merritt of the United States,  Spain’s Olympic silver medallist Orlando Ortega and McLeod’s fellow Jamaicans Ronald Levy and Hansle Parchment.

The women’s sprint hurdles promises to be similarly competitive given the presence of world record holder and World Indoor champion Kendra Harrison, who takes on fellow Americans Brianna McNeal (nee. Rollins), the Rio 2016 gold medallist, and Jasmin Stowers, who has a 12.35 timing to her credit.

While home fans will be supporting their only runner in the 110m hurdles final, Jianhang Zhen, his personal best of only 13.82 suggests there will not be any dramatic cause for Chinese celebration.

The same may not be true for the men’s 100m that concludes the evening’s action, which features home sprinters Zhenye Xie, who has a best of 10.04, and Bingtian Su, 9.99 runner and World Indoor 60m silver medallist in Birmingham earlier this year in a race where Xie was fourth.

The field promises a particularly fascinating race in prospect.

How will the man who beat Usain Bolt to what promised to be his final world title, 36-year-old Justin Gatlin, look in his first big meeting of the season against a field that includes the Canadian Olympic 200m silver medallist Andre De Grasse, making his way back to fitness after the hamstring strain that put him out of last year’s World Championships at the last minute?

Chinese hopes will be high too in the women’s shot put, where world champion Gong Lijiao will seek a fourth Shanghai win against a field that includes the four-times world and double Olympic champion Valerie Adams of New Zealand, back in action after giving birth to a daughter in October.

Meanwhile Miller-Uibo’s compatriot Steven Gardiner runs again in the 400m against the two men he beat in Doha en route to setting a national record of 43.87 - Abdalleleh Haroun of Qatar and Botswana’s reigning Diamond League and  Commonwealth champion Isaac Makwala.

Also competing will be the multi-talented world and Olympic triple jump champion Christian Taylor of the United States, who has a personal best of 45.17.

World pole vault champion Sam Kendricks of the United States is another seeking a Shanghai hat-trick - but to do so he will have to outdo the renewed challenge of France’s world record holder Renaud Lavillenie, who won World Indoor gold this year.