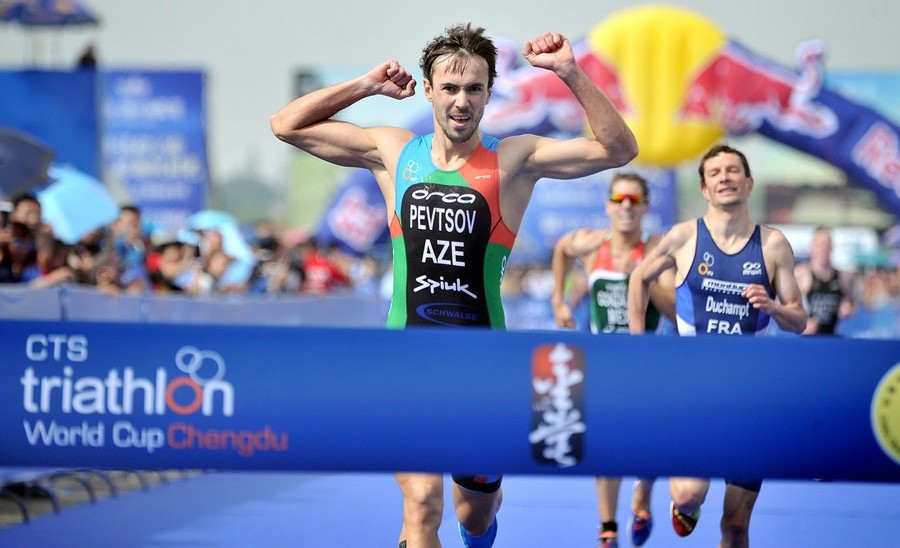 The Azeri finished as the runner-up at the Chinese competition last year, which features a semi-final and final format.

Having reduced the field to 30 men through yesterday’s semi-finals in a sprint format, athletes were seeking to triumph over the shorter format of a 400 metres swim, a 10km bike ride and a 2.5km run.

Pevtsov emerged as the winner of a closely contested competition, with two seconds separating the top three.

A strong run section would ultimately see Pevtsov win the final sprint to the line, crossing in a time of 28min and 18sec.

He was followed across the line by France's Felix Duchampt, who edged Mexico's Rodrigo Gonzalez.

The pair were both awarded the same time, with Duchampt securing the silver medal.

Australia's Emma Jeffcoat triumphed in the women’s race, backing up her victory in her semi-final yesterday.

She rounded off an excellent weekend by claiming victory in a time of 31:20.

United States' Tamara Gorman ended seven seconds off the pace to finish as the runner-up.

The podium was rounded off by Japan's Fuka Sega, who was a further seven seconds behind.