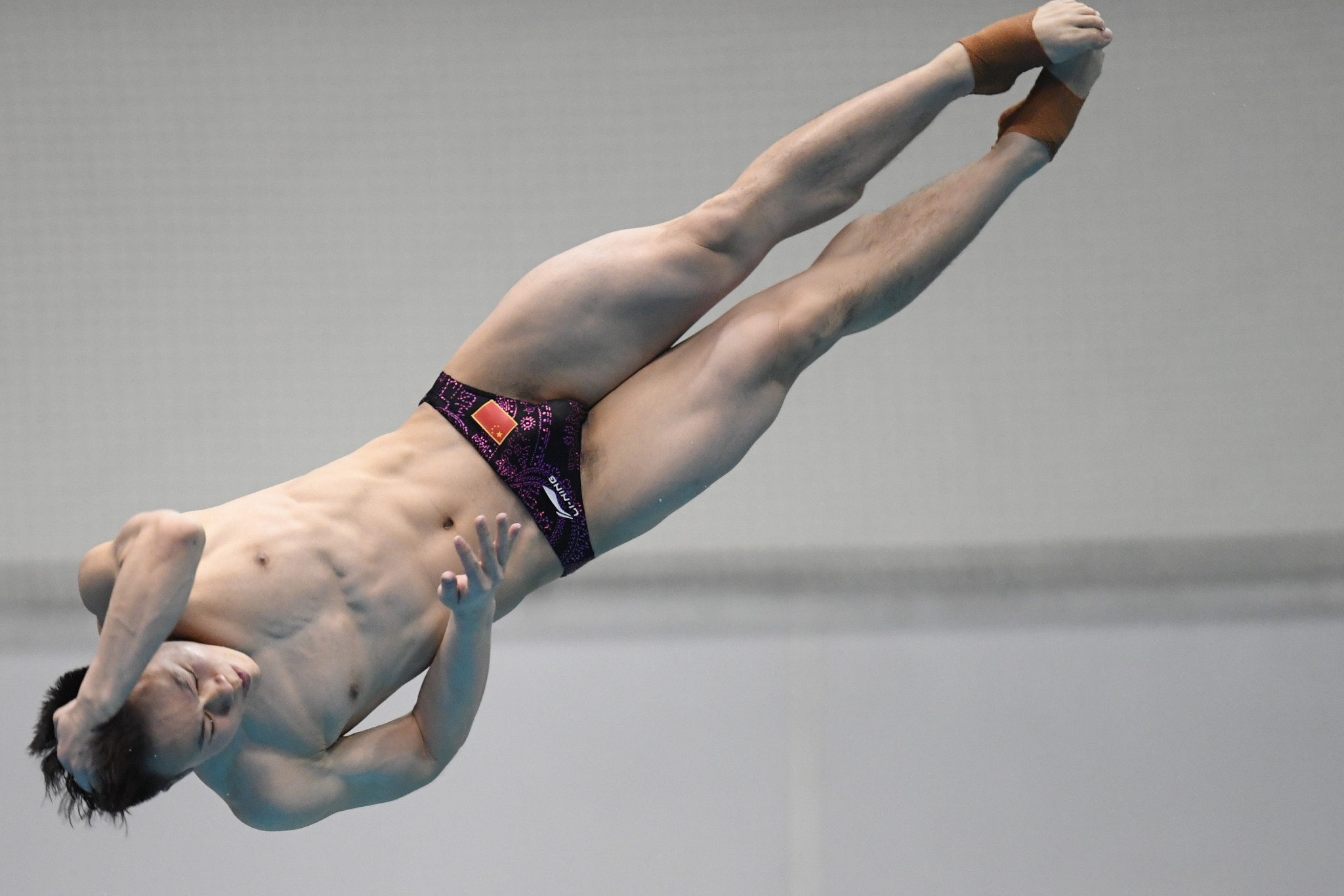 Xie, the reigning world champion, won the men's three metres springboard event with a score of 536.60 points at the Aquatics Palace.

It proved a happy return to a venue where he also claimed 1m gold at the 2015 FINA World Championships.

Team-mate Cao Yuan took silver today with a score of 531.00.

Olympic champion Ren Qian only took bronze at last year's World Championships in Budapest but finished on the top step of the podium today in the women's 10m platform.