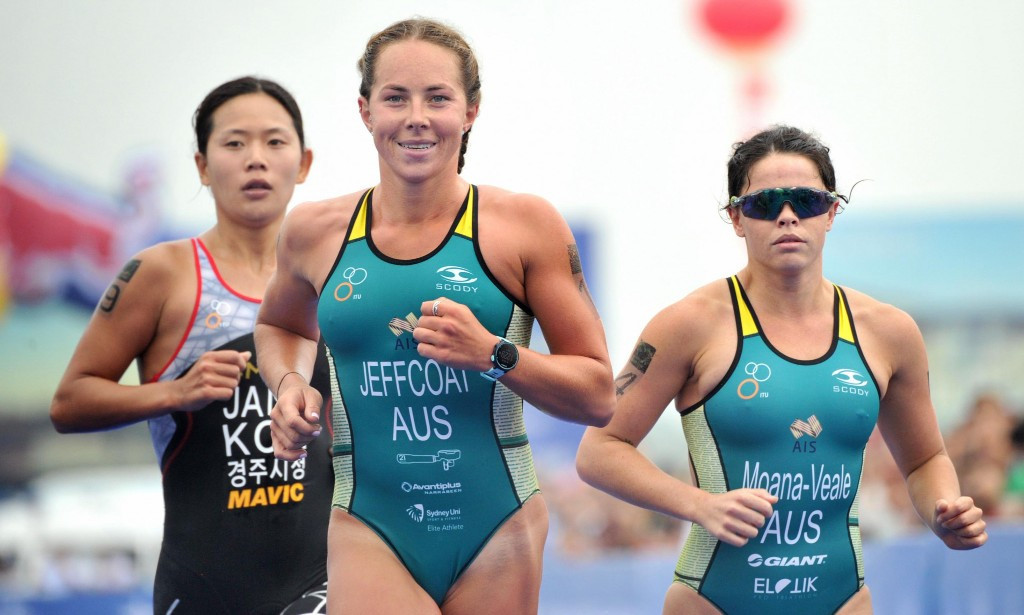 Jeffcoat emerged as the winner of the first women's heat at the event, which features a unique semi-final and final format.

The semi-finals consists of a sprint-distance course featuring a 750 metres swim, a 20 kilometre bike leg and a 5km run.

Jeffcoat produced an impressive performance to finish heat one in a time of 1hour, 1min and 4sec.

She was followed across the line in China by her compatriot Tamsyn Moana-Veale, who ended on the same time.

New Zealand's Rebecca Spence emerged as the winner of the second semi-final, as she posted the fastest time of the day by ending in 1:00.30.

The top three was rounded off by Hungary’s Zsofia Kovacs and the United States' Tamara Gorman, who were one and two seconds adrift.

Hungary’s Bence Bicsak secured victory in the first men's semi-final, as he crossed the line in a time of 53:35.

A strong performance from Rodrigo Gonzalez achieved a time of 53:15 in the second semi-final, with the Mexican followed by Australia’s Brandon Copeland and Slovakia’s Richard Varga, who were 11 seconds adrift.

United States’ Morgan Pearson topped the standings in the last semi-final, as he managed a time of 53:19.

Russia’s Igor Polyanskiy was second in the heat in 53:35, with Hungary’s Gabor Faldum ending a further second down.

The top nine in each of the men’s heats qualified automatically, with the three fastest losers also advancing.

Finals will feature a super sprint-distance format and consist of a 400m swim, a 10km bike ride and 2.5km run tomorrow.