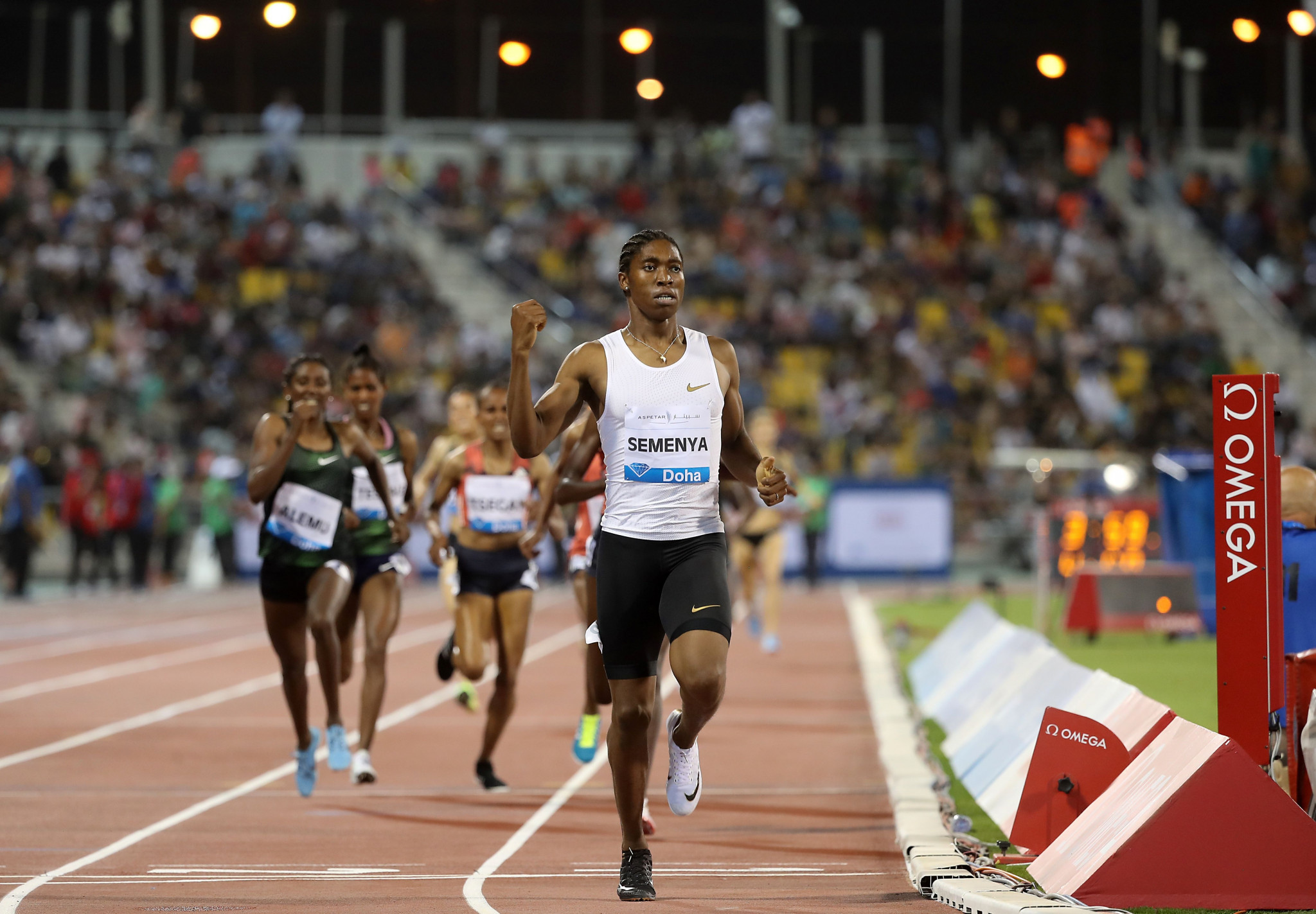 South Africa’s Caster Semenya, whose National Federation have vowed to fight the impending International Association of Athletics Federations (IAAF) rules on hyperandrogenism that threaten to diminish her effectiveness, did not betray any anxieties on the track tonight.

At the opening IAAF Diamond League meeting of the season the world and Olympic 800 metres champion, who faces having to take medication to lower her natural testosterone levels when the new regulations come into place on November 1, set a 2018 best in the  1500m.

Semenya broke four minutes for the first time in the metric mile, winning with ease in 3:59.92 – also a national record.

"I think we definitely achieved what we came here for," Semenya, whose previous best of 4:00.71 was set when the Commonwealth Games title in the Gold Coast last month, said.

"I want to maintain this momentum throughout the season, but will also make sure I continue to keep healthy."

Barshim, defending his men’s high jump title on home ground, produced a best effort of 2.40 metres to take an early lead in the 2018 world lists, with Majd Eddin Ghazal of Syria producing a 2.33m season’s best for second place.

Vetter, who displaced his compatriot in the all-time lists with a 94.44m effort before beating him to the IAAF World Championships title in London, threw down the gauntlet with an opening effort of 91.56m.

The Olympic champion, however, responded in the second round with what proved to be a winning distance of 91.78m, the second farthest throw of his career.

Hoffman made his own bid for glory in the third round, reaching 90.08m.

Never before had three men thrown over 90m in the same competition.

The javelin is going to be something to behold this season….

Pichardo was ranged once more in the triple jump against his keen rival Christian Taylor, the American world and Olympic champion - and on this occasion it was the Cuban who came out on top with a best of 17.95m.

Unlike the classic meeting between these two on the same track three years ago, Taylor could not respond in kind, and settled for second in a season’s best of 17.81m.

"I'm very surprised by the result, but I will take it as a chance to learn from the experience," Taylor said.

Perković, the world and Olympic discus champion, produced a massive opening flourish to the meeting as she won with 71.38m, just three centimetres short of the personal best she set last season, breaking her own meeting and Diamond League records.

The 22-year-old finished a full  1.51 seconds clear of his nearest challenger, 2005 world champion Bershawn Jackson of the United States.

"I have a feeling this will be a great season for me, and all I want to do is run even faster," said Samba.

Gardiner took 0.02 seconds off his personal best to win in a meeting record of 43.87, with Qatar’s Abdalleleh Haroun a distant second in 44.50 and Botswana’s Commonwealth champion Isaac Makwala third in 44.92.

World 100m hurdles record holder Kendra Harrison won in 12.53 ahead of her US compatriot and reigning Olympic champion Brianna McNeal, who clocked 12.58.

Blessing Okagbare Ighoteguonor of Nigeria was second in 10.90, 0.03 seconds ahead of double Olympic champion Elaine Thompson.