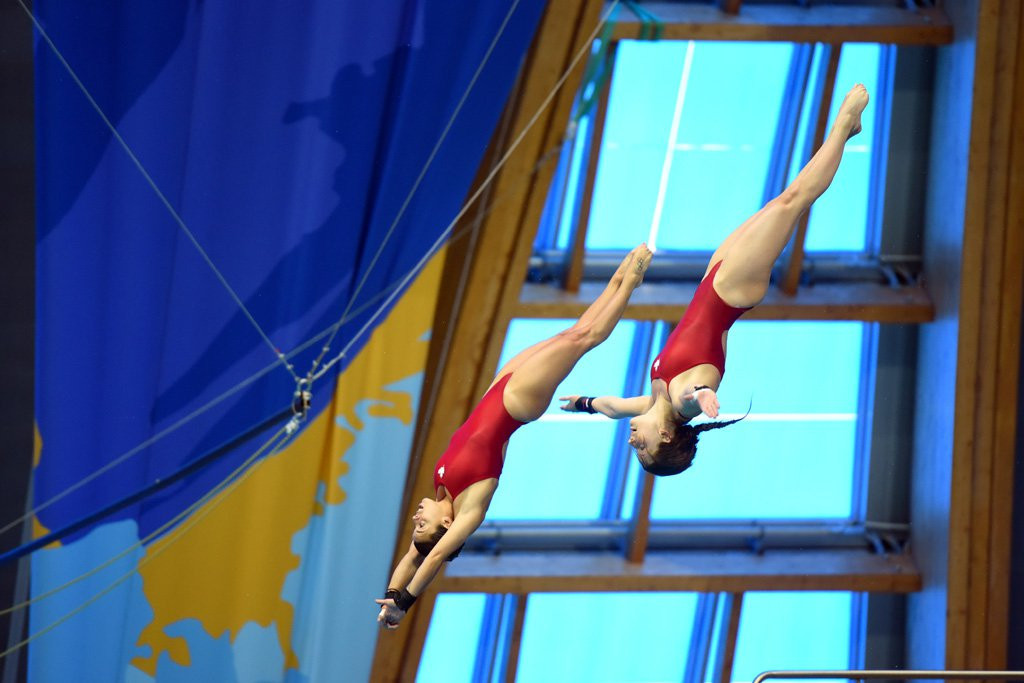 China collected three more gold medals on the opening day of the final leg of the 2018 International Swimming Federation (FINA) Diving World Series in the Russian city of Kazan.

But - in the absence of a Chinese challenge - there was a home victory to celebrate too as Aleksandr Bondar and Viktor Minibaev won the 10 metre platform synchro men title with a total of 432.72 points, ahead of Ukraine’s Maksym Dolgov and Oleksandr Gorshkovozov, who scored 414.09 Aquatics Palace, which hosted the FINA World Championships in 2015 and the 2013 World Summer Universiade.

The bronze medal went to Germany’s Timo Barthel and Florian Fandler, who totalled 345.36.

At the previous World Series event in Montreal, China’s young pair of Si Yaije, 19, and 16-year-old Lin Shan had to settle for the bronze medal as the Malaysian duo of Jun Hoong Cheong and Pandelela Pamg took gold in the women’s 10m synchro platform event.

But two weeks of intensive work together brought the Chinese pair up to the gold standard as they finished with 324.24 points, with the Malaysian pair collecting bronze this time after totalling 318.54.

"We are happy we managed to win gold," said Si Yaije.

“We had some problems with the entry in a number of dives, which caused too many splashes, but we managed to improve on our synchronisation, comparing to the previous edition in Montreal."

Chang Yani and the legendary Shi Tingmao never looked like getting anything less than gold in the women 3m springboard event, scoring 316.20 points.

Two other legendary Chinese talents secured success in the men’s 3m springboard as Cao Yuan and Xie Siyi emulated their female team-mates by completing a sweep of their 3m springboard event with their fourth Series win of the season.