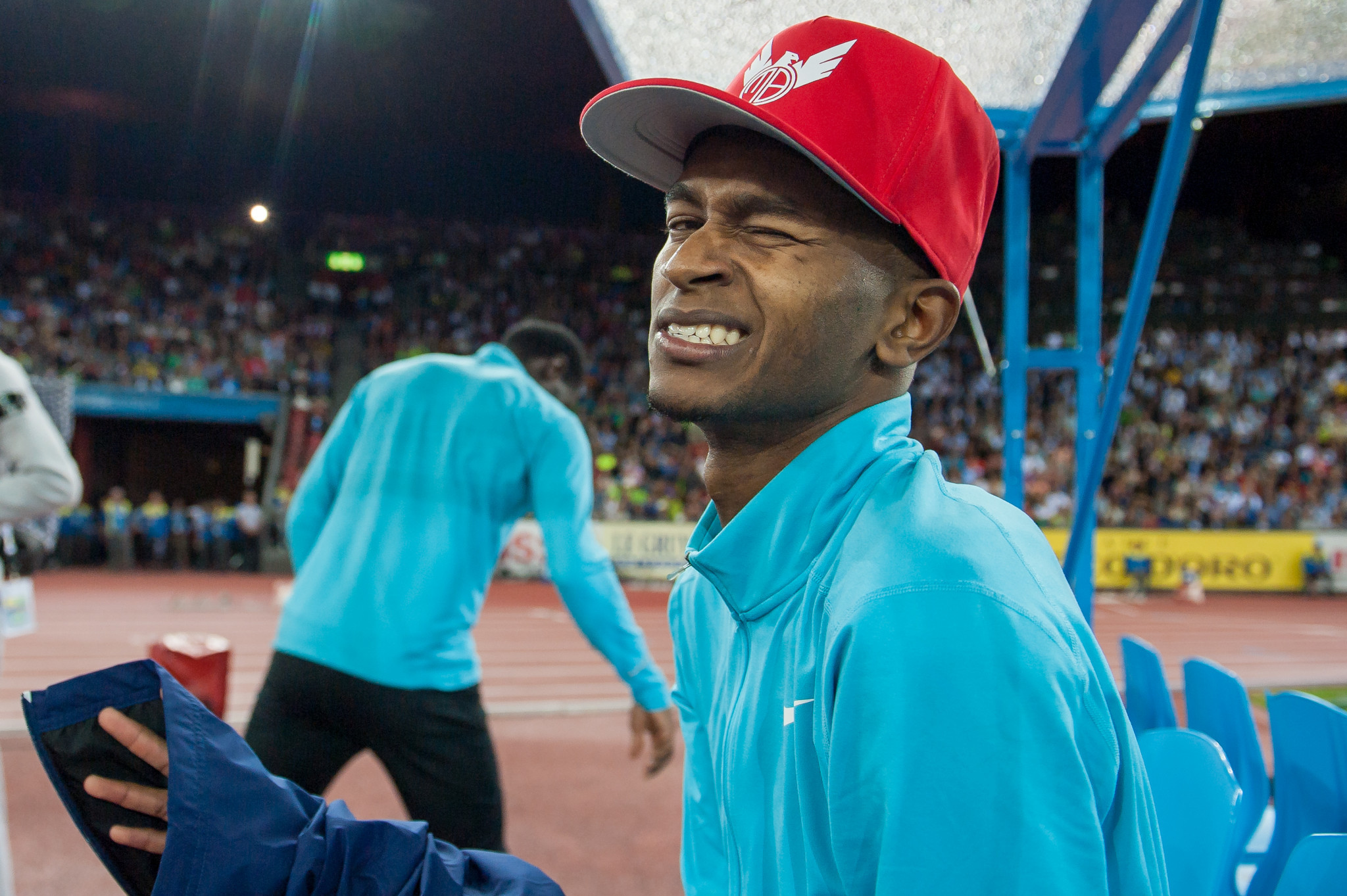 A total of 17 current world and Olympic champions have gathered in Doha for the opening 2018 International Association of Athletics Federations Diamond League meeting as tremors run through the sport following the reports of a positive doping test by Kenya’s former world and Olympic 1,500m champion Asbel Kiprop, and his own impassioned denial.

Barshim, the IAAF’s male Athlete of the Year for 2017, was undefeated in 11 competitions last season, including - oddly enough, for the first time - Doha.

As he contemplated defending his title the 26-year-old told a pre-event press conference that Javier Sotomayor’s 1993 world record of 2.45 - two centimetres higher than his own personal best - was always on his mind.

“It’s definitely a goal, a target,” he said.

“I wake up every day to go training, I work so hard, I’m thinking about it all the time.

“That’s the only way to go.

“Where and when, that’s the question - but there’s no backing off.

“I have achieved so much in my career, but I definitely feel to top everything off and feel satisfaction I need to get that record.

“I’m seatbelted up, getting so much more experienced, getting stronger all the time.

“So I think it is just a matter of time.”

Rohler will defend his Doha title against the compatriot who supplanted him as world number two behind Jan Zelezny later in the season with an effort of 94.44m before winning the world title, Johannes Vetter.

“I think the whole event has gained so much from our rivalry, because other international athletes are improving on so many different levels,” Rohler said.

“So we have a real global event, athletes from all around the world competing for those 90m throws.

“Looking back a few years, nobody was talking about 90m any more.

“It was something magical.

“Now everybody is expecting it from Johannes and me especially.

“It’s a pretty special situation for us, having to deal with this every day, but it makes us train stronger it opened the barrier.

“So yes, we are going to break the world record - the question is when.”

The evening’s opening event will also see high flyers in action as Greece’s Olympic pole vault champion Katerina Stefanidi takes on the US athlete who beat her to world indoor gold at Birmingham in March, Sandi Morris.

Another potentially gripping field event rivalry is in the offing in the men’s triple jump, where world and Olympic champion Christian Taylor and his Cuban rival Pedro Pablo Pichardo will seek to replay their 2015 classic meeting which saw two men bettering 18 metres in the same competition for the first time.

Caster Semenya, the world and Olympic 800m champion whose career stands to be severely affected by the impending new IAAF ruling that will require certain female athletes to take medication to reduce their testosterone levels, is down to run the 1500m.

The women’s 100m features the Olympic champion Elaine Thompson of Jamaica and world 200m champion Dafne Schippers of The Netherlands, as well as the Ivory Coast pair of Murielle Ahoure, the world 60m indoor champion, and her compatriot Marie-Josee Ta Lou..

Following last year’s rule revision, the first 12 Diamond League meetings of the season will form a qualification series for the concluding finals in Zurich and Brussels, which will share 32 event finals, each offering a Diamond Trophy and a winner’s cheque for $50,000 (£37,000/€42,000).