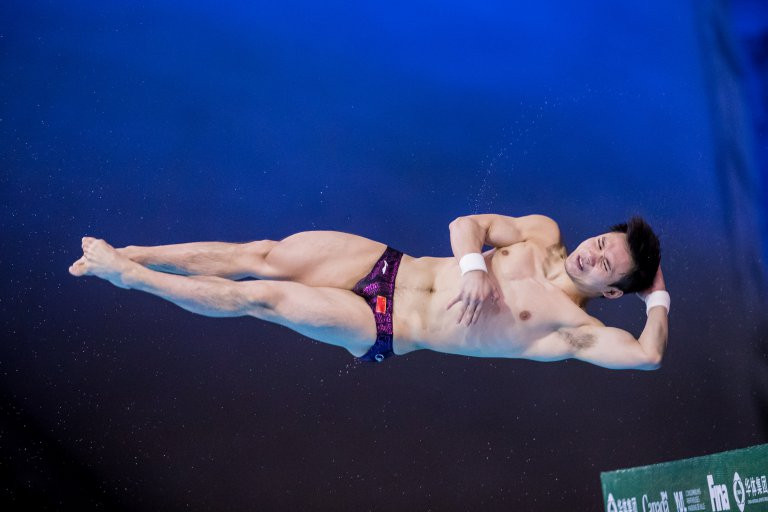 Chinese divers repeated their success from day two of the International Swimming Federation (FINA) Diving World Series with another clutch of gold medals on the final day of action at the Montreal Olympic Pool.

Team captain Shi Tingmao got the ball rolling for China with victory in the women's 3 metre springboard final thanks to a score of 381.95.

Gold was far from guaranteed earlier in the day though as the Olympic champion complained of a reoccurrence of her back pain, which hampered her in today's semi-final.

She managed to recover, though, to emerge triumphant in the final.

The Chinese supremacy continued in the men's 10m platform final with Qiu Bo taking the top prize thanks to a score of 568.12 points.

Yang Jian had to settle for silver after his attempted killer pike turned out to be his worst-scoring dive of the night.

The only event where China did not medal was the mixed 3m synchro, which was won by Abel and partner Francois Imbeau-Dulac, ensuring the locals went home happy.

The Canadians put in a stellar performance to recover the lead after falling behind to Britons Tom Daley and Grace Reid early on.

Abel and Imbeau-Dulac's double out effort made the difference and gave them a total score of 325.20 points, compared to the 300.84 points collected by Daley and Reid.

Germany's Tina Punzel and Lou Massenberg claimed bronze thanks to a points total of 300.15.