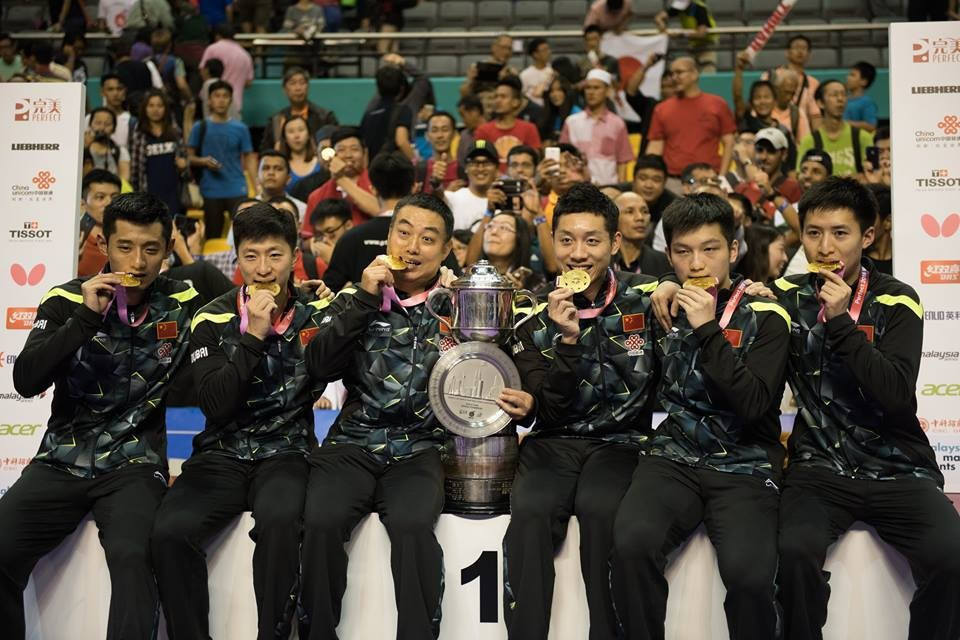 China will be seeking to extend their total dominance of the International Table Tennis Federation World Team Championships when action begins in Halmstad tomorrow.

A squad including reigning world and Olympic champion Ma Long and world number one Fan Zhendong, as well as a trio of left-handed players in Xin Xu, Lin Gaoyuan and 17-year-old newcomer Wang Chuqin, should prove far too strong once again at the Halmstad Arena.

Hosts Sweden were the last other team to win the event when they beat China in the 2000 final in Kuala Lumpur but will have only an outside chance of challenging for medals this time around.

A German squad including Timo Boll and Dimitrij Ovtcharov, the world's second and third ranked players, could be the strongest challengers to China.

Koki Niwa and the out-of-form Olympic bronze medallist Jun Mizutani will lead a Japanese team hoping to improve on a silver medal at the 2016 event also held in the Malaysian capital.

France and South Korea are other strong teams, while England will look to repeat their surprise bronze medal heroics last time around.

The 24 teams in the top-tier Championship division are split into four groups of six.

They are drawn in the same group as Singapore, the country who stunned them in the 2010 final in Moscow.

The only other edition they missed out on was a 1991 event won by a unified Korean team in Chiba City.

World number four Feng Tianwei will lead a Singapore team looking to bounce back from the disappointment of surprisingly losing to India in the final of the Commonwealth Games in Gold Coast earlier this month.

Chinese Taipei, Hong Kong and South Korea are the next three ranked teams, with sixth seeds Romania hoping to lead the European charge.

Action is set to continue until May 6.