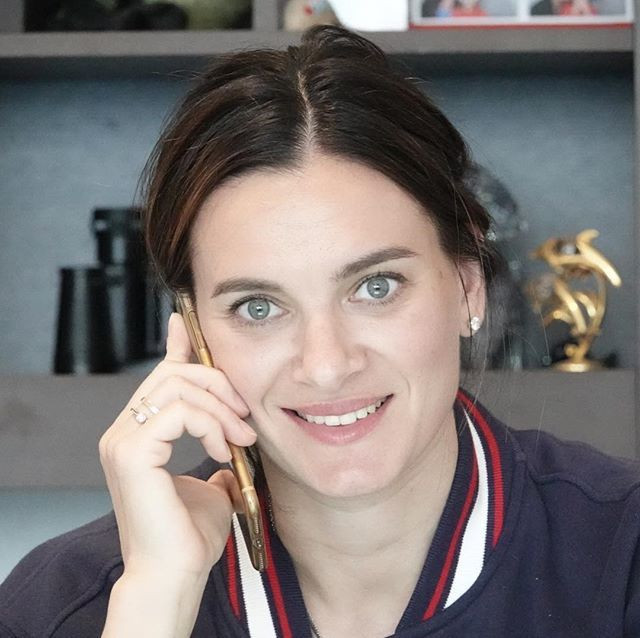 Yelena Isinbayeva has claimed the International Association of Athletics Federations (IAAF) is "biasedly focused" on doping issues within Russian athletics, and has been "participating in political games".

The 35-year-old retired former world and Olympic pole vault champion made her comments as the IAAF announced the names of nine more Russians cleared to compete in international competition as Authorised Neutral Athletes (ANA).

"The IAAF has chosen a way to fight doping but it is not the most effective, the organization has been acting in a one-sided way, as it is biasedly focused on our Federation [Russian Athletics Federation ((RusAF)],” Isinbayeva told Cuban newspaper Deporcuba.

"We certainly have some doping issues but other countries have also faced incidents involving the use of banned substances.

"Athletes from other countries have the right to resume participation in international competitions once their disqualification period is over, while our clean athletes have been stripped of this right.

"If the IAAF really wants to fight doping in athletics, it should change its rules and criteria for all the athletics Federations and athletes instead of participating in political games."

Isinbayeva’s own prospects of competing at a final Olympics at Rio 2016 were ended by the IAAF’s suspension of  the RusAF in November 2015, following an investigation which pointed towards state-sponsored doping system in Russia.

The IAAF formed a Task Force, chaired by Norway's Rune Andersen, which has been working with Russia to fulfill the conditions for reinstating the RusAF.

However, on November 16 last year, the Executive Board of the World Anti-Doping Agency refused to reinstate RUSADA.

"The RAF has become kind of a hostage to the current doping scandal, which left our country numb," Isinbayeva, a member of the International Olympic Committee Athletes' Commission, added.

"They cannot implement the criteria the IAAF President set for its reinstatement since it is beyond its purview.

"It has been linked with RUSADA, so the RusAF cannot become an IAAF member again until RUSADA is reinstated.

"It is a pity that our clean athletes, who did nothing wrong, have to compete as neutrals, while many are deprived of the opportunity to compete without any explanations offered.

In December 2016, the IAAF decided that until the membership of the RusAF was restored, Russian athletes who met all the anti-doping criteria could participate in international tournaments as neutrals.

Those willing to become neutrals are expected to file individual applications that must be approved by IAAF officials, and nine more have made the cut after being accepted by a Doping Review Board chaired by former senior IAAF vice-president Robert Hersh of the United States and current IAAF Council members Sylvia Barlag of The Netherlands and Finland’s Antti Pihlakoski.

An IAAF statement read: "The IAAF Doping Review Board has agreed that the applications of nine Russian athletes have met the exceptional eligibility criteria to compete in international competition as neutral athletes in 2018 under competition Rule 22.1A(b) while the Russian National Federation (RusAF) remains suspended.

“In December 2017, the IAAF issued a simplified application process for 2017 Authorised Neutral Athletes to reapply for continued eligibility to compete in international competitions in 2018.

“Since publication of the simplified application and updated guidelines under Rule 22.1A(b) in December, the IAAF has received more than 140 applications from Russian athletes.

“A total of 30 Russian athletes have so far been declared eligible to compete as Authorised Neutral Athletes in 2018. 30 applications have been denied.”