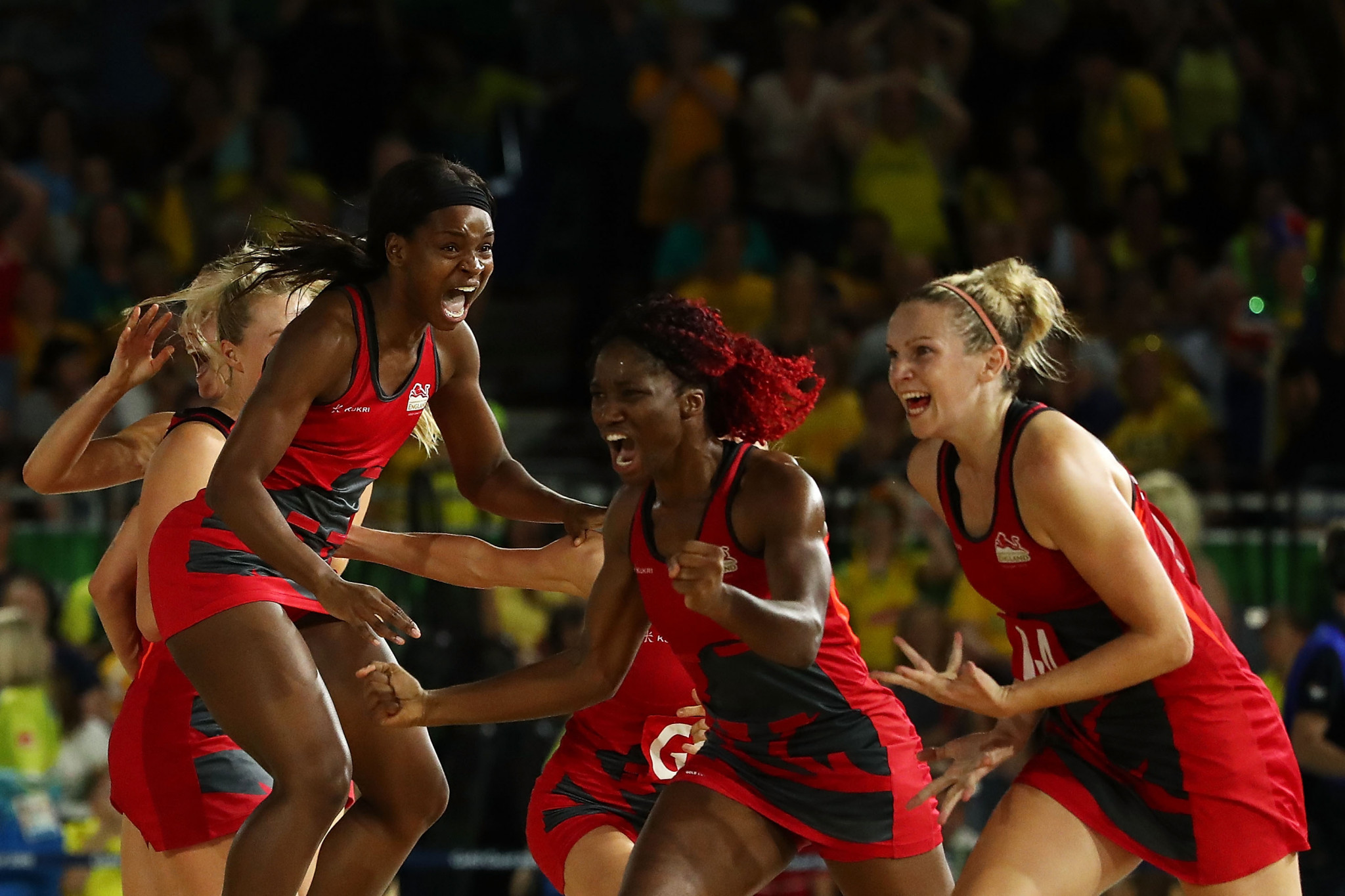 England stunned Australia to clinch their first Commonwealth Games netball gold medal as Helen Housby scored a dramatic winner in the final seconds of a thrilling final at Gold Coast 2018.

The English team fought back from four goals down in the last quarter to claim a 52-51 triumph, sparking scenes of jubilant celebrations at the Coomera Indoor Sports Centre.

The Commonwealth Games title had previously eluded the English side, who shrugged off their perennial bronze medallist tag with a last-gasp win in front of a partisan crowd inside the venue.

There was also a shock in the bronze medal match as Jamaica beat New Zealand 60-55 to secure their third podium finish since the sport was introduced onto the Commonwealth Games programme at Kuala Lumpur 1998.

The final at these Games was the first not to feature both Australia and New Zealand after the host nation knocked out the Silver Ferns in the last four.

England, who avenged their bronze medal defeat to Jamaica in the semi-finals, came into the final as underdogs.

Australia, seeking a fourth Commonwealth Games crown, were backed by raucous support from the stands but England held their nerve at key moments.

The two sides were locked at 25-25 at half-time before Australia threatened to seize control when they moved three ahead in the third quarter.

The defending champions extended their advantage to four early in the last stanza, leaving England with a mountain to climb if they were to upset the odds and take gold.

It was a task the English team relished as they slowly fought their way back into the match and went 51-50 ahead with a minute to go.

Jo Harten, who put in an heroic performance in the semi-final, saw her rushed attempt at goal bounce back into play, allowing Australia to go up the other end and equalise.

Housby also failed to convert at the first time of asking but was given a second chance following an obstruction call and she duly dispatched her shot with nerveless precision to seal gold for her country.

"As a shooter you dream of that moment - a Commonwealth Games final, last-second goal, but you never believe it's really going to happen," Housby said.

"To be honest it was kind of all a blur.

"All I remember was having the ball in my hands and then running away screaming because the final whistle had gone.

"We've been trying so long to break the curse of bronze.

"Every single box has been ticked."

"The girls have worked so hard over the last international phase," added Neville, the sister of former England international footballers Gary and Phil.

"Australia are the renowned, world numbers ones and to beat them at that time, I'm really, really proud - the feeling of that is amazing."