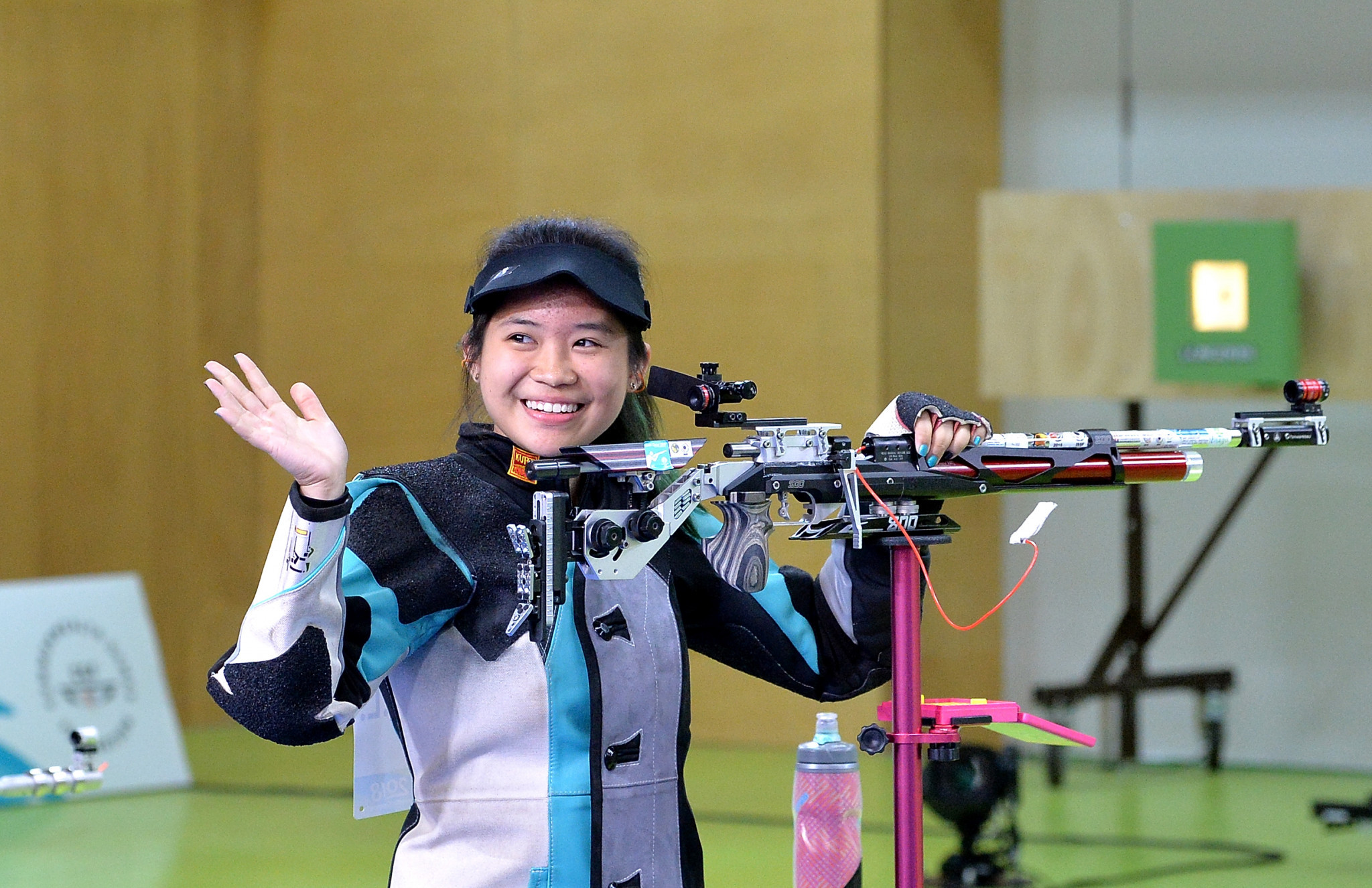 Velsoso had lead throughout the duration of the event at the Belmont Shooting Centre in Brisbane.

She appeared set to seal victory when her final shot of 10.4 forced her Indian rival Mehuli Ghosh to score a 10.9 to force a shoot-off.

No athlete throughout the competition had managed the top score, but Ghosh achieved the feat when it mattered most to level the scores at 247.2.

The Indian shooter was left smiling after reigniting her gold medal hopes, but they were soon dashed when she scored just 9.9.

Veloso did not require another opportunity, as the Singaporean shooter scored 10.3 to secure top spot on the podium.

India would end with silver and bronze, after Apurvi Chandela was eliminated in third place on a total of 225.3.

The Indian team had already had cause for celebration, as they secured a double in the men’s and women’s 10m air pistol competitions.

The Indian shooter topped the podium after achieving a score of 235.1 in the final.

Silver was claimed by Australia's Kerry Bell, who finished the competition on a total of 233.5.

Om Mitharval added to India’s medal tally by clinching the bronze medal with a score of 225.3.

Georgios Achilleos continued his remarkable record in the men's skeet event at the Commonwealth Games.

The Cypriot shooter hit 57 of his 60 targets to clinch victory in the final, earning his fifth Commonwealth Games gold in the process, having also earned two skeet pairs crowns.