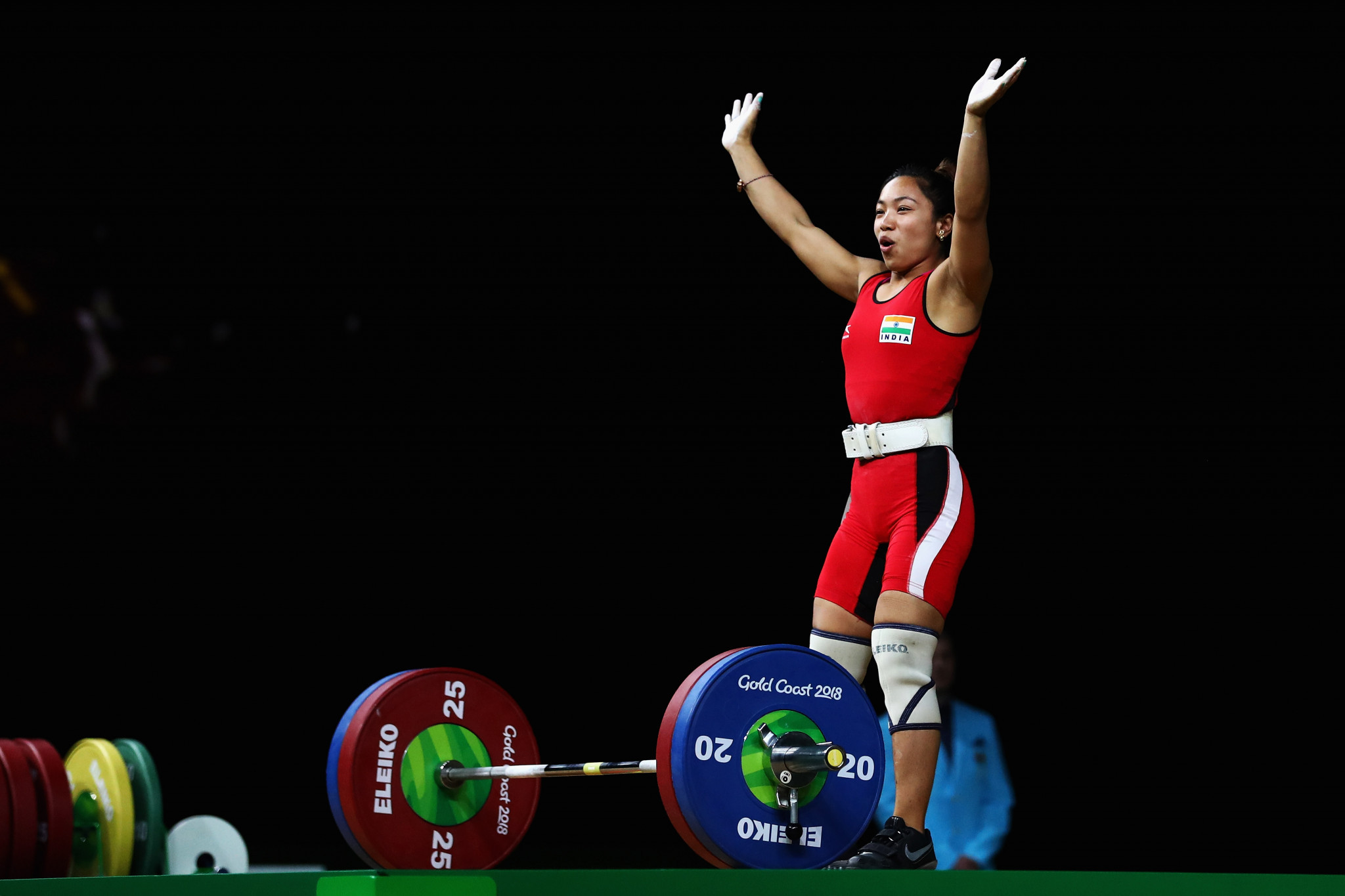 The 23-year-old broke her own Commonwealth records in the snatch, clean and jerk and overall categories as she triumphed with a total of 196kg.

Her total beat the 194kg she set to win gold at the 2017 World Championships in Anaheim in the United States.

It was made up of 86kg in the snatch, bettering the 85kg she posted at last year’s Commonwealth Championships here in Gold Coast, and 110kg in the clean and jerk, one kilogram more than she managed in Anaheim and more than double her body weight.

"I came here with the ambition of breaking my own record and I am glad I made it happen," Mirabai, the silver medallist at the Glasgow 2014 Commonwealth Games, said.

"I was devastated after not winning a medal at the Rio 2016 Olympic Games.

"I made it my life mission to become the best in my sport."

Papua New Guinea’s Thelma Toua equalled Gomes' total but was relegated to fourth place by virtue of the fact that she registered it after the Sri Lankan.

Canada’s Amanda Braddock was joint second after the snatch, but she bombed out in the clean and jerk having failed three times at 93kg.

In the men's 56kg competition, Malaysia’s Muhammad Azroy Hazalwa Izhar Ahmad came out on top with a Commonwealth Games record.

The 24-year-old posted a total of 261kg to triumph by a margin of 12kg over India’s Gururaja.

His overall result bettered the 260kg set by fellow Malaysian and coach Hamizan Amirul Ibrahim on his way to winning the gold medal at the 2002 Commonwealth Games in Manchester.

Izhar Ahmad also broke the Commonwealth Games record for the snatch, managing 117kg to improve on the 116kg set by Ibrahim at New Delhi 2010.

He sealed victory with a best lift in the clean and jerk of 144kg, a kilogram less than Ibrahim’s Games record from Manchester 2002.

Fiji’s Manueli Tulo missed out on the podium after failing with his final clean and jerk attempt at 145kg.

He ended up 9kg shy of Chaturanga Lakmal’s total of 248kg.

There was also a gold medal for Malaysia in the men's 62kg event as Muhamad Aznil Bidin prevailed with a total of 288kg.

Bidin ranked third in the snatch with 126kg, but he performed strongest in the clean and jerk by registering 162kg,

Talib topped the snatch standings with a Commonwealth Games record lift of 132kg.

Weightlifting action at Gold Coast 2018 is due to continue tomorrow with the women's 53kg, men's 69kg and women's 58kg events taking centre stage.