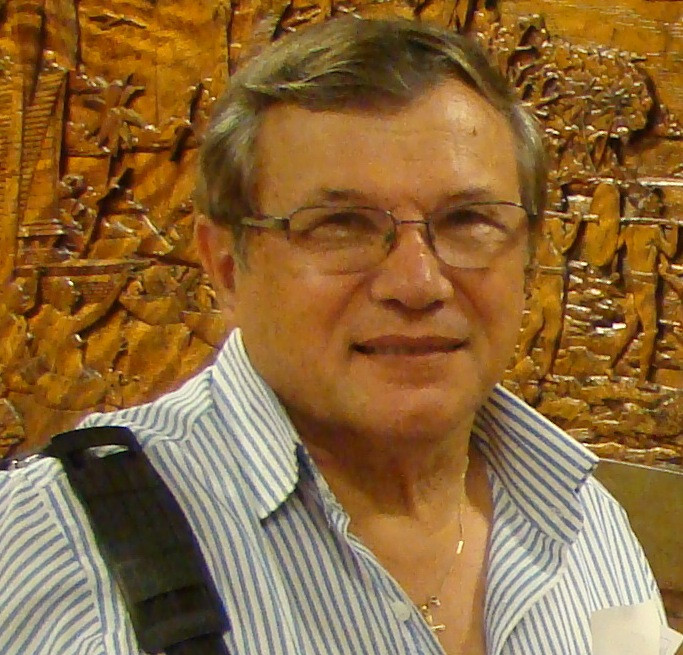 The men who took weightlifting to unprecedented levels of popularity and success in the remote islands of the Pacific Ocean are predicting a record-breaking year for the region at the Commonwealth Games - and globally.

"We should win more gold medals than ever before at the Commonwealth Games, we'll be on the podium at the World Juniors, and we could top it off with a world record," said Paul Coffa, the Australian who is known as "the father figure of Pacific weightlifting".

Marcus Stephen, whose popularity as a weightlifter in the 1990s helped him to become President of Nauru when he moved into politics, said: "We are positive we will come home with a minimum five gold medals from Gold Coast, maybe more - that's 30 per cent of the weightlifting medals.

"We've never done that before and we go from strength to strength.

"If we include our big brothers from Australia and New Zealand we may take home half of all the medals for the [Oceania] region."

Coffa is aiming for six golds for his team of his lifters from the Oceania Weightlifting Institute, which is based in New Caledonia.

At the recent Australian Open in Brisbane his lifters, from Papua New Guinea, Fiji and Kiribati, were in top form.

Morea Baru, the 62 kilograms lifter from Papua New Guinea, totalled 296kg to win in Brisbane, and made 300kg in the Oceania Institute training camp three weeks earlier - "a superb performance that equals the winning total at the World Championships", said Coffa.

"It's fantastic, we're flying, on top of the world," he said.

Coffa's athletes, like hundreds of others throughout the islands, famously finish off their tough training sessions by climbing coconut trees - and quickly.

"They do it as a form of relaxing exercise every single day, at the Institute and in many islands," said Coffa.

"How many weightlifters, across the world, would do that?

"Maybe the Pacific Islands lifters' success can be attributed to this activity.

"Six golds at the Commonwealth Games could be ours and if everything went our way who knows?

"We have nine or ten contenders for gold."

The British teams, meanwhile, may struggle for medals.

England, so strong in years gone by, have only one gold since Manchester 2002 – Zoe Smith in the 58kg at Glasgow 2014 last time.

India, with a population of 1.32 billion, is the largest Commonwealth nation, while Nauru, at around 11,000, is among the smallest.

Nauru, though, will be among the weightlifting medal contenders, as will Samoa, Fiji, Kiribati, Papua New Guinea and even Solomon Islands, who have never won a Commonwealth Games medal in any sport.

Coffa's strongest Commonwealth Games favourite is Eileen Cikamatana, the Fijian teenager who is well clear in the women's 90kg rankings and who is aiming to break Tatiana Kashirina's junior world record in the clean and jerk, set in 2009.

"She wants 156 to beat that record and she's in great form so she could do it," said Coffa.

"She's going to do well at the World Juniors too."

Cikamatana's room-mate from Nauru, 18-year-old Charisma Amoe Tarrant, could be a surprise contender in the over-90kg class.

Coffa is closing in on another landmark achievement: 100 Commonwealth Games medals for lifters coached by him.

When Ray Rigby, an Olympic shot putter for Australia in 1968, took up weightlifting, he became Coffa's first lifter.

Rigby won gold at the Edinburgh 1970 Commonwealth Games, and when Coffa became Australia's national coach in time for the 1978 Games in Edmonton, Canada, the medals started to flow in regularly.

Coffa has been a national coach for Australia and Nauru, or has headed multi-national teams from the Oceania Institute, at nine Olympic Games and nine Commonwealth Games.

He has coached athletes to 96 Commonwealth medals, 36 of them gold, and was awarded an MBE way back in 1982 for services to the sport.

"I really want to pass the 100 mark in Gold Coast and not with silver or bronze," said Coffa, 75.

Coffa was believed to be the best-paid weightlifting coach in the world when he took charge of Nauru’s team in 1994.

Nauru was rich from phosphate deposits - now depleted - and was keen to invest in weightlifting.

He set up the Oceania Institute in 2002, with the help of the IWF, which also funded a pre-Games training camp for Commonwealth Games athletes from the Pacifc islands.

Coffa has worked in Nauru, Fiji, Samoa and New Caledonia over the past 24 years.

He has coached nearly 500 lifters in his 50-plus years in the sport, among them the 1984 Olympic champion Dean Lukin, but his clear favourite is Stephen, who he discovered during the Nauruan's school days in Melbourne.

When Stephen became Nauru's first Commonwealth medallist in 1990, a national holiday was declared on the island.

He was their first outright champion in 1994, won seven golds in all and was also a 62kg silver medallist at the IWF World Championships in 1999.

Stephen inspired a Pacific boom in weightlifting, first in Nauru then wider afield.

When he took up politics he became his country's President, in which role he gave a speech to the United Nations about climate change, and met the then United States President, Barack Obama, when he visited the White House.

Stephen recalls Nauru's Cabinet meetings being interrupted for discussions about clean and jerk technique, and knows boys - now men - from Nauru who were named in the 1990s after famous weighlifters such as Naim Suleymanoglu and Pyrros Dimas.

"He is a living legend, his dedication to the sport cannot be matched, and the results speak for themselves.

"We in the Pacific Islands call him the father figure of weightlifting, a true son of the Pacific.

"And don't forget, behind a man is a great woman.

"His wife Lilly is everything to us as well.

"They not only promote the sport, they also teach our lifters manners, attitude, and education.

"The sport is thriving.

"We are so looking forward to the Commonwealth Games."

Stephen is President of the Oceania Weightlifting Federation, of which Coffa has been general secretary since 1992.

Coffa’s brother Sam, who has also spent a lifetime in weightlifting as athlete, coach and administrator, is president of Commonwealth Games Australia.