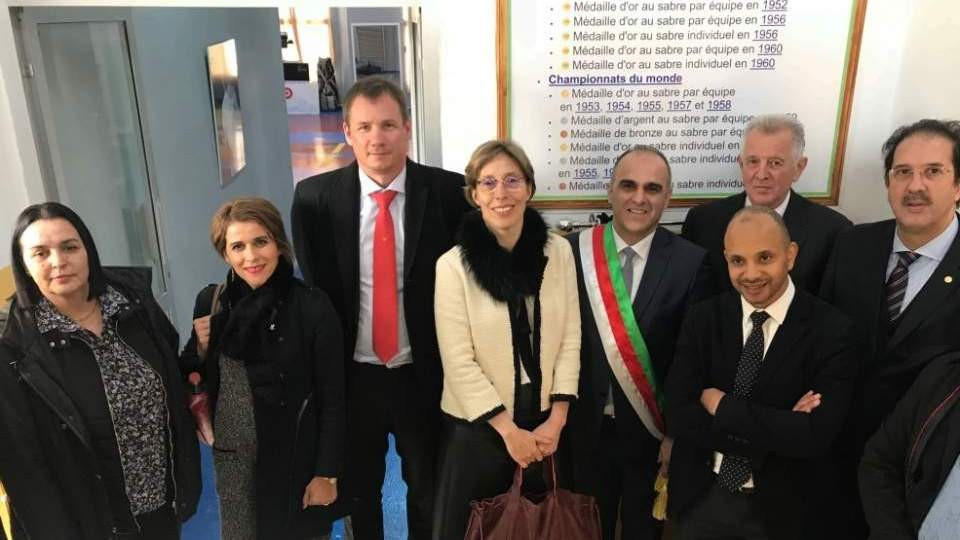 A partnership agreement has been signed between the National Olympic Committees of Hungary and Algeria in Algiers.

Hungarian Olympic Committee (MOB) President Krisztián Kulcsár travelled to the Algerian capital to sign the deal, due to run through to 2021.

It will see the two countries collaborate in their training regimes in sports such as wrestling, swimming, fencing and gymnastics.

Kulcsár was accompanied by Honorary MOB President Pál Schmitt, a member of the International Olympic Committee, on the visit to Algeria.

They met with various sporting officials and politicians during the trip, including Algerian Olympic Committee (COA) head Mustapha Berraf, also the temporary President of the Association of National Olympic Committees of Africa.

Kulcsár and Schmitt were both rewarded by the COA at the signing of the partnership agreement.

Schmitt received the COA's medal of honour, while the MOB President was given a commemorative medal.

The delegation also took a trip to the July 5, 1962 Stadium in the city.

The venue, a regular host of football and athletics events, was shown to the group by Algerian Sports Minister El Hadi Ould Ali.

Hungary has won a total of 502 medals at the Olympic Games, while Algeria has claimed a haul of 17.