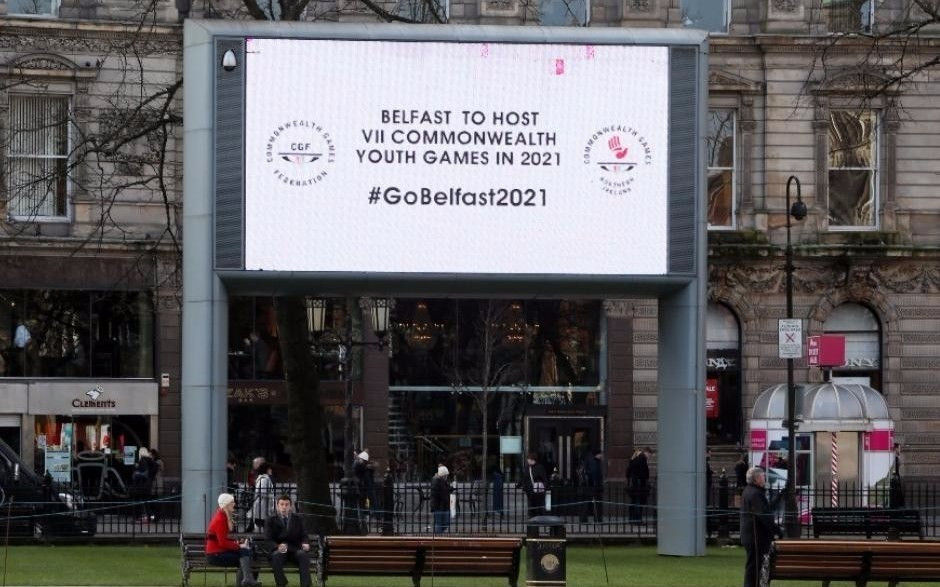 insidethegames understands the CGF have lobbied Karen Bradley, the Secretary of State for Northern Ireland, to resolve the issue as the city remains at risk of losing the event.

Pressure has been placed on the Government by the CGF to sign-off on the funding required to host the event following political deadlock in the country since Belfast was awarded the event in March 2016.

A power-sharing coalition in Northern Ireland between the pro-British Protestant Democratic Unionist Party and Irish Catholic Nationalists collapsed in January last year and a new deal has still not been brokered.

There remains no functioning Assembly in Northern Ireland as a result, meaning funds to host the Commonwealth Youth Games cannot be released.

Concerns over Belfast staging the event have also been exacerbated by the political focus in Northern Ireland centering on the fallout from Britain's decision to the European Union (EU), which may affect a border between the North and the Republic.

The CGF extended a deadline for Northern Ireland to secure the required political support in December.

insidethegames understands, however, that the CGF are growing increasingly frustrated with the deadlock and are calling for a resolution as soon as possible.

The CGF insist the situation will be resolved and Northern Irish officials remain confident as the majority of the facilities needed to host the event are already in place.

A presentation is due to be given by Belfast 2021 during the CGF General Assembly here tomorrow.

The topic was also discussed during the CGF Executive Board meeting here yesterday.

"At this point we looking at making a formal announcement during the General Assembly in terms of the approach," CGF chief executive David Grevemberg told insidethegames.

"There are still some things that are happening right now in terms of the latest update before then.

"It is our understanding that the money is there but they need to sign it off and get moving.

"There does come a point where we need to move forward with things so we will see.

"There have been plenty of discussions in the House of Commons so let’s see where we get to in that regard and then we can take a more definitive position.

"We remain confident that a solution can and will be found."

Belfast 2021 were not able to participate in the traditional handover at the 2017 Commonwealth Youth Games in the Bahamas due to the ongoing political situation.

The Bahamas were only officially confirmed as hosts 18 months before the event after St Lucia withdrew following concerns over venues and finances.