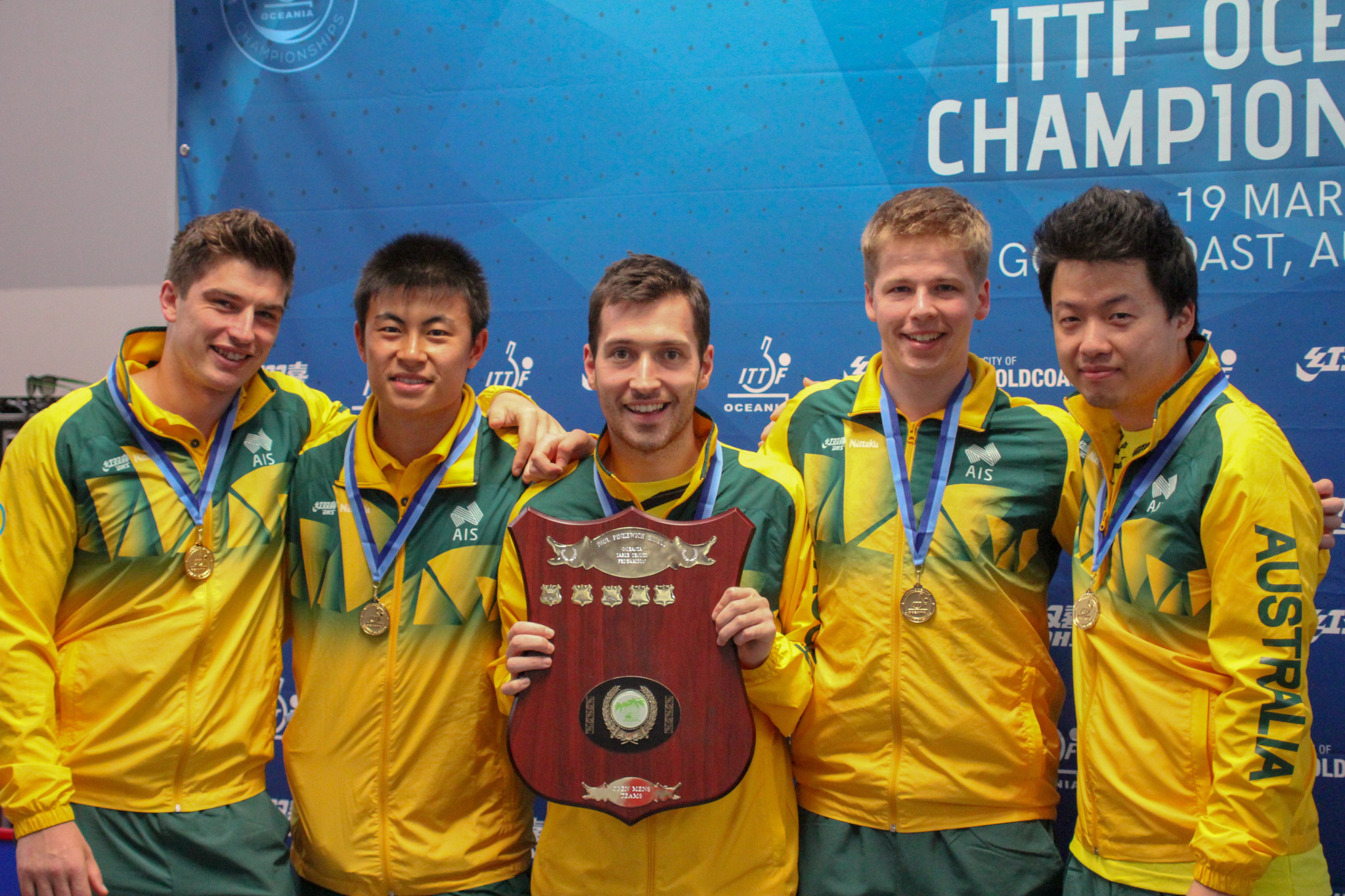 The home side shone in the city preparing to host the Commonwealth Games next month, with matches taking place at Oxenford Studios which will stage Gold Coast 2018 competition.

He teamed up in the men's doubles with Heming Hu before winning the mixed title with women's individual gold medallist Jian Fang Lay.

The women's doubles title went to Melissa Tapper and Michelle Bromley as Australia also bagged gold in the men's and women's team competitions.

"It's a privilege to play in front a home crowd, and I hope I can make a strong performance once again when I'm back on the Gold Coast," he said.

In total, Australia won 12 of the 14 titles available at the event when taking into account the age-group competitions.