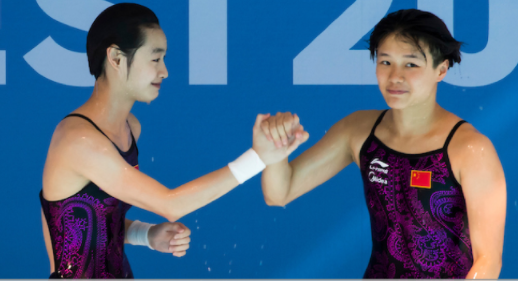 The sport's traditional powerhouse were in predictably dominant form in the Water Cube.

Aisen Chen and Yang Hao triumphed in the men's 10m synchronised platform event with a huge score of 484.29.

They posted 442.86 while Ukraine took another medal courtesy of Gorshkovozov again, who partnered with Oleg Kolodiy to take bronze with 406.89.

The women's 10m platform spoils went to Zhang Minjie and Zhang Jiaqi with a score of 368.22

A four-year partnership was also announced between FINA and the China National Sports Group on the opening day of competition to unveil them as the title sponsor for the four-leg World Series.

The deal was billed as aiming to "enhance the promotion of this competition and the discipline within the Chinese market".

Action will continue over the weekend.