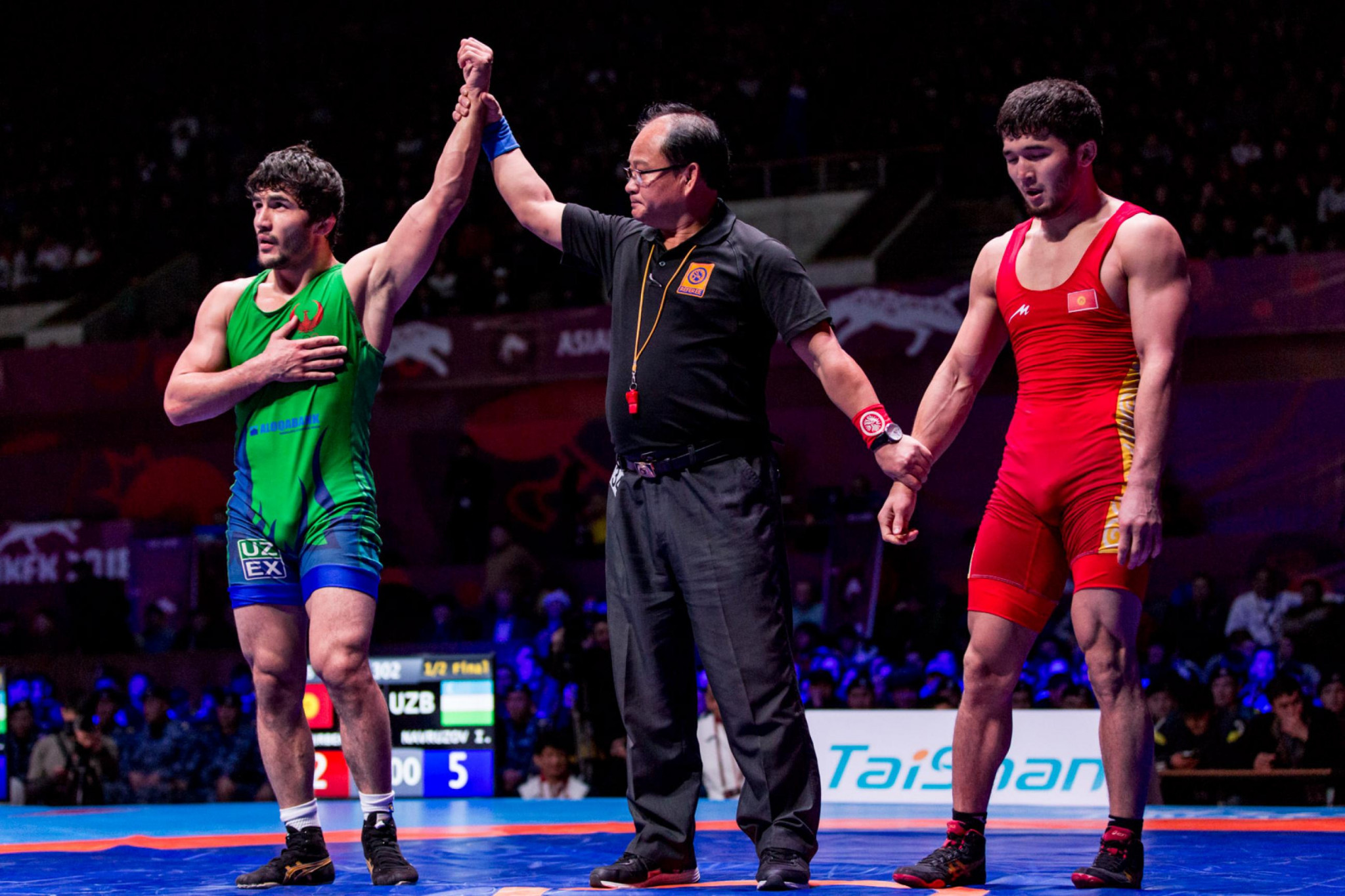 Uzbekistan underlined their strength in depth on the opening day of the men's freestyle competition at the Asian Wrestling Championships in Bishkek in Kyrgyzstan with four competitors reaching tomorrow's finals.

They are headed by Ikhtiyor Navruzov, the Olympic bronze medallist, who reached the final of the 70 kilogram event, where he is due to face South Korea's Lee Seungbong at the Kozhomkul Sports Palace.

The 28-year-old Navruzov will be seeking his first gold medal at the Asian Championships having won a bronze and silver in the 66kg category at New Delhi in 2010 and Tashkent and another silver in the 70kg at New Delhi last year.

He will be joined by Magomed Ibragimov, who reached the 97kg final and will be confident of defending the title he won in India's capital last year.

Ibragimov is scheduled to take on Iran's Mojtaba Goleij, the world under-23 champion last year.

The 79kg gold medal clash will also feature fighters from Uzbekistan and Iran as Rashid Kurbanov seeks the third Asian Championships title of his career having won at 74kg at Tashkent in 2011 and New Delhi in 2013.

His opponent is set to be Ezzatollah Akbarizarinkolaei, the Iranian who won the silver medal at the 2013 World Championships in Budapest.

He is due to meet North Korea's Kang Kumsong.

There are also set to be five wrestlers from Uzbekistan competing for bronze medals.

"It is normal," said Uzbekistan coach Olimdjan Khikmatov when asked if his squad's showing exceeded expectations.

"Today is good, tomorrow will be better."

The only final not featuring a representative from Uzbekistan is the 65kg event where Kazakhstan's Daulet Niyazbekov is set to meet Japan's Daichi Takatani.