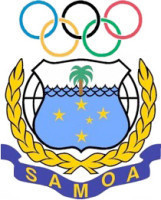 Former rugby union player Tuala Mathew Vaea has been appointed as the new chief executive of the Samoa Association of Sport and National Olympic Committee (SASNOC).

The 51-year-old replaces Fa’amausili Tavita Ah-Young who is departing after three years in the role.

He played eight times for the Samoan national rugby union team, making the squad for the 1991 World Cup.

Vaea also served as team manager of Samoa at the 2011 Rugby World Cup, but he was reportedly fined "100 pigs" by his home village for his alleged excessive drinking at the tournament and treating the event as a "holiday".

He instead reportedly paid a fine and apologised to village elders.

"It's an exciting opportunity for me to work with the SASNOC Board and its members to achieve the vision and future aspirations of the organisation," he said to Samoa Observer.

"SASNOC's strategic plan is important for me to help steer the direction of the company.

"My role is to drive the organisation to achieve its priority goals under this long-term view and that is about performance."

Samoa won silver in weightlifting at the Beijing 2008 Olympics, their only Olympic medal to date.

It came courtesy of Ele Opeloge in the women's over-75 kilograms class, but she had to wait until 2016 for confirmation after she was elevated due to doping disqualifications.

The addition of rugby sevens to the programme has given Samoa renewed hope of sending larger delegations to the Summer Olympics.

Samoa will host the 2019 Pacific Games.