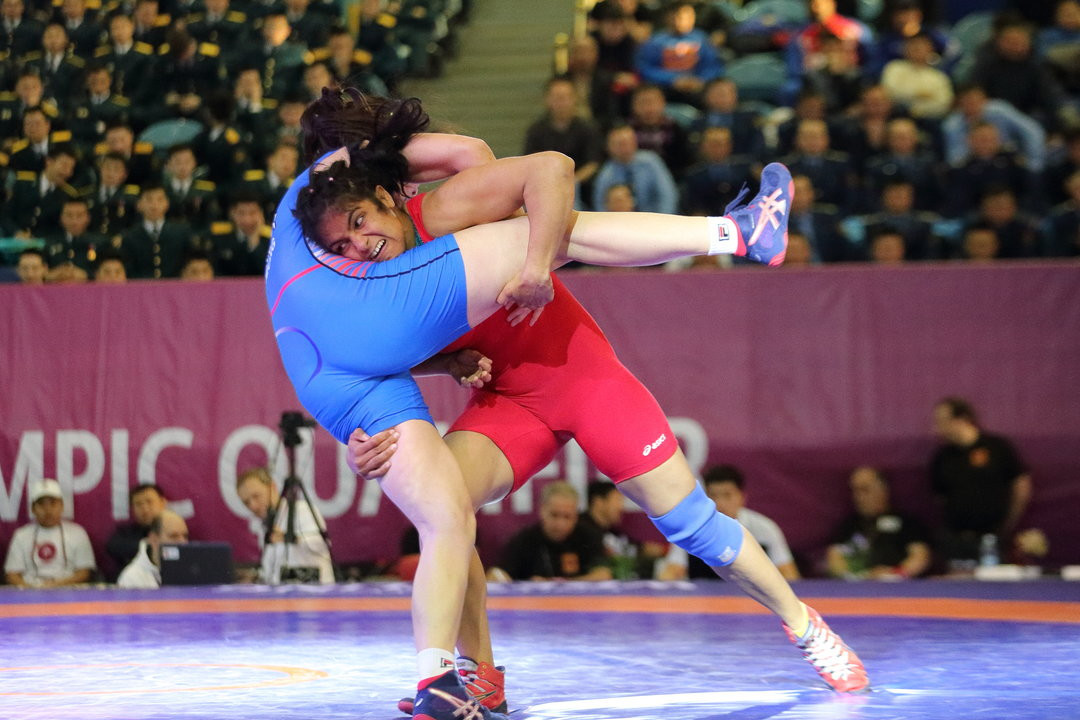 Navjot Kaur made history on the fourth day of the Asian Wrestling Championships in Kyrgyzstan, after becoming the first Indian women's wrestler to clinch gold at the event.

Defeat for Vinesh Vinesh in yesterday's 50 kilogram final at the Kozhomkul Sports Palace in Bishkek extended India's record to an unlucky 13 defeats in women’s finals at the Championships, dating back to 2001.

Kaur had tasted defeat in the 67kg final in front of a home crowd in New Delhi in 2013, while she had also earned bronze two years earlier.

She sought to improve on those displays in the 65kg division today, with the Glasgow 2014 Commonwealth Games bronze medallist progressing through to the final.

The 28-year-old would then lift the jinx on the Indian team, as she claimed a dominant 9-1 win over Japan's Imai Miyu to clinch the gold.

Bronze was earned by South Korea’s Habit Lee, after she was awarded victory against Mongolia’s Enkhbayar Tsevegmed when their bout finished level at 6-6.

The first bronze medal was claimed by Baltsetseg Altantsetseg of Mongolia, who emerged as a 7-4 winner against North Korea's Jong In Sun.

The second Chinese title of the day came from Han Yue in the 72kg division, with a strong performance seeing her claim an 11-0 technical fall win over Nasanburmaa Ochirbat of Mongolia.

Masako Furuichi secured the only bronze medal in the division, with the Japanese wrestler beating Kazakhstan's Zhamila Bakbergenova 10-0.

There was disappointment for China's Xiaojuan Luo in the 62kg division, as she was forced to settle for silver.

Luo was beaten 12-4 by Mongolia's Orkhon Purevdorj in the gold medal bout.

Japan's Yurika Ito earned a victory by fall against Uzbekistan’s Khalbazar Narbaeva for the first bronze, before India's Sakshi Malik won 7-4 against Kazakhstan's Ayaulym Kassymova to complete the podium places.

North Korea would also end the day with a gold medal, as Pak Yongmi prevailed in the 53kg competition.

Pak was an 11-5 winner over Mongolia's Sumiya Erdenechimeg in the final.

Competition will continue tomorrow with the men’s freestyle events getting underway.