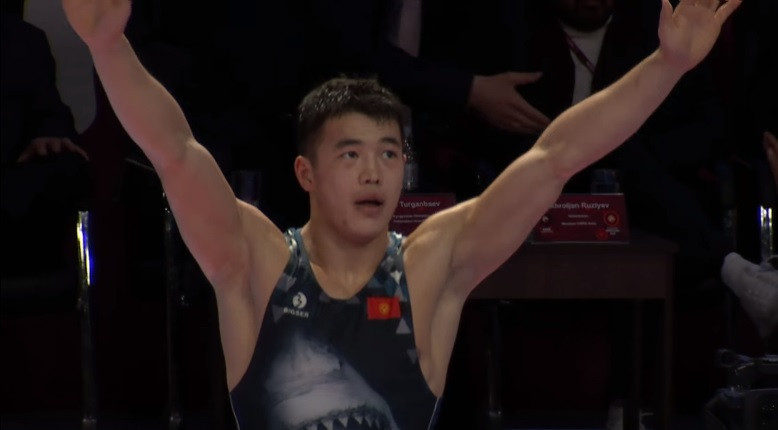 Kyrgyzstan's Akzhol Makhmudov sent the home crowd into raptures by claiming gold in the 72 kilogram event as Greco Roman competition continued at the Asian Wrestling Championships at the Kozhomkul Sports Palace in Bishkek.

Unfortunately for the home fans, Makhmudov's success could not be replicated in the final of the 82kg event as compatriot Atabek Azsibekov went down to Kazakhstan’s Askhat Dilmukhamedov, who competed at the London 2012 Olympics, by a 5-2 scoreline.

India’s Singh Harpreet and South Korea’s Kim Jinhyeok claimed the joint-bronze medal with 11-3 and 5-1 victories against Nurbek Khashimbekov and Yuya Maeta of Uzbekistan and Japan, respectively.

Three-time World Championship medallist Almat Kebispayev secured another gold medal for Kazakhstan in the 67kg competition thanks to his 5-1 victory against Tsuchika Shimoyamada of Japan.

China and Uzbekistan shared the bronze medal thanks to 6-0 and 6-4 wins from Gaoquan Zhang and Mirzobek Rakhmatov, respectively.

Earlier on in the day, Japan’s Rio 2016 silver medallist Shinobu Ota secured gold in the 60kg competition thanks to an 11-2 win over Ri Se Ung from North Korea.

The bronze medal was shared by Uzbekistan’s Islomjon Bakhramov and home athlete Kanybek Zholchubekov who recorded 8-0 and 10-3 wins in their last matches.

The final gold medal of the day went to Iran’s Seyedmostafa Seyedghanbar Salehizadeh, who secured the 97kg title thanks to a 4-0 win against four-time Asian Championships medallist Rustam Assakalov of Uzbekistan.

The event continues tomorrow with the women's wrestlers taking to the mat.