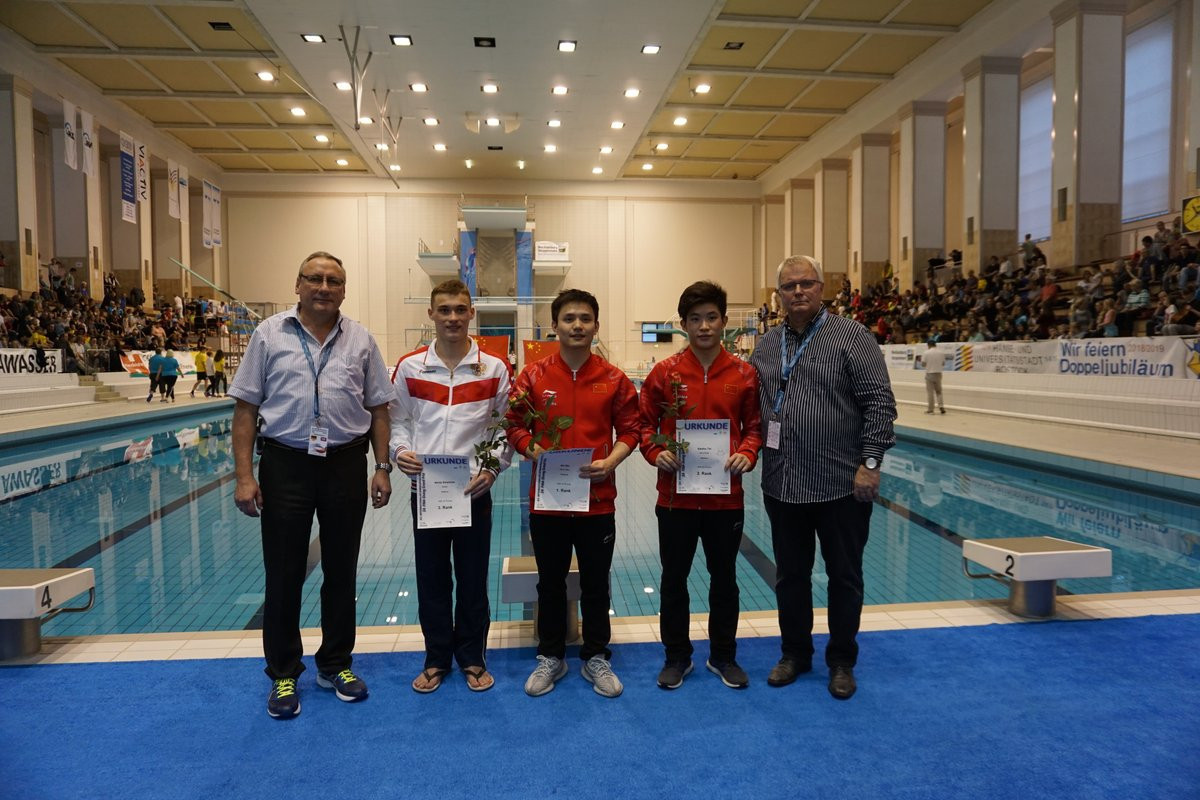 Chinese athletes remained in a class of their own at the opening International Swimming Federation (FINA) Diving Grand Prix of the season in Rostock, finishing with eight of the ten golds on a day when four-times world champion Bo Qiu touched perfection.

Bo Qiu was a world away from the nearest opposition in the men’s platform final at the Hallenschwimmbad Neptun indoor pool as he registered 556.70 points, including four perfect 10 scores for his second jump from the 10 metre tower.

Yajie Sie and 13-year-old Yijin Xu were untouchable in the women’s 10m synchronised platform event, taking gold with a total of 322.86 points.

Mexico’s Gabriela Agundez and Viviana Del Angel took the silver medal with 287.58 points and bronze went to the Ukraine pairing of Valeriia Liulko and Sofia Lyskun, who totalled 282.84.

The 22-year-old Tina Punzel, from Dresden, who already had a silver and two bronze medals from the first two days of competition, finished with gold as she and her partner Lena Hentschel won the synchro 3m women’s event for the hosts with 293.10 points.

The siilver went to the Mexican pairing of Arantxa Chavez and Dolores Hernandes, who scored 284.10 points, with bronze being claimed by the British pairing of Millie Haffety and Scarlett Mew Jensen, who totalled 270.51.

In total, 119 athletes from 24 nations took part in the three days of competition in Germany.