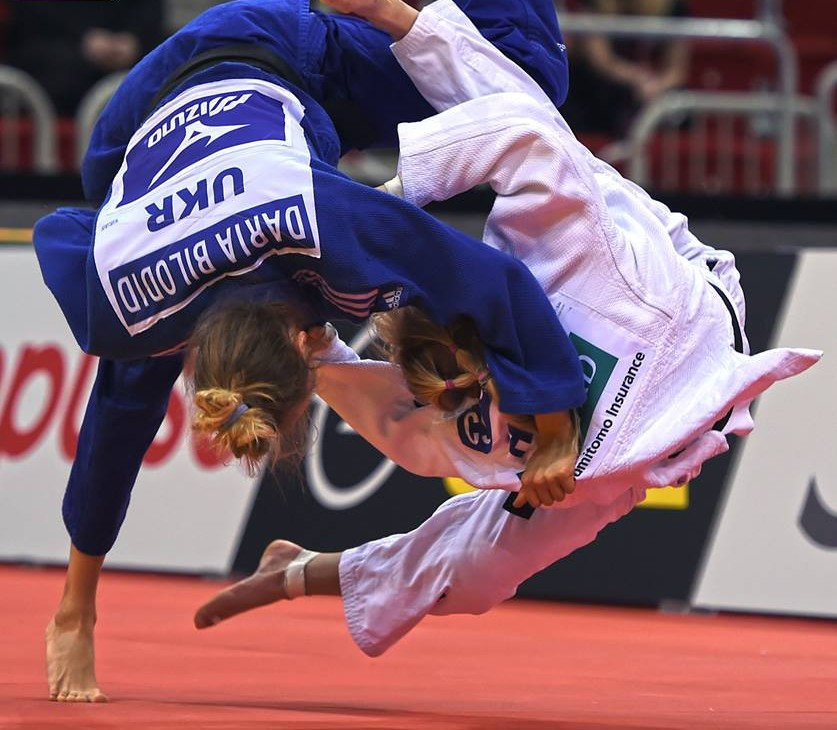 The European champion headed into the event at the ISS Dome with victories at the Paris Grand Slam and Grand Prix in Tunis to her name already this year.

She was able to continue her form by cruising through the gold medal match in the women's under-48 kilogram division.

The 17-year-old was able to overcome Hungary's Eva Csernoviczki by an ippon score to claim victory, adding to her growing reputation.

The women's 57kg division saw Britain's Nekoda Smythe-Davis come to the fore, as she progressed to the final, before beating Hungary's Hedvig Karakas.

Smythe-Davis earned a waza-ari in a golden score period to claim victory in the final.

Sarah Cysique bounced back from her semi-final loss to the Briton to claim bronze, as the French judoka secured a waza-ari victory over Poland's Anna Borowska.

The second bronze was earned by Enkhriilen Lkhagvatogoo, who won her repechage match with Japan's Nae Udaka, before beating Russia's Anastasiia Konkina in a medal bout.

Japan were able to celebrate gold medals in the remaining three events on the opening day of the Grand Slam, with their challenge led by world champion Ai Shishime.

The Japanese star emerged as the winner of the women’s 52kg division, capping her run to the final with an ippon success against Poland’s Karolina Pienkowska, who settled for silver.

Bronze medals were again earned by judokas who came through the repechage system.

Ryuju Nagayama emerged as the winner of the of the men's 60kg competition, as the Japanese athlete beat Russia's Robert Mshvidobadze with a waza-ari score in the gold medal bout.

The first bronze was claimed by Georgia's Lukumi Chkhvimani, as he recovered from his semi-final loss to Nagayama by beating Britain's Ashley McKenzie.

The hat-trick of Japanese success was completed by Kenzo Tagawa, as he claimed a golden score win over Ukraine's Georgii Zantaraia in the men's 66kg competition.

Bronze medals were earned by Mongolia’s Erkembayar Battogtokh and Israel's Baruch Shmailov, after they claimed victories over Mongolia's Altansukh Dovdon and Yakub Shamilov of Russia.

Düsseldorf is holding the Grand Slam for the first time, having seen the status of its annual competition upgraded from a Grand Prix.