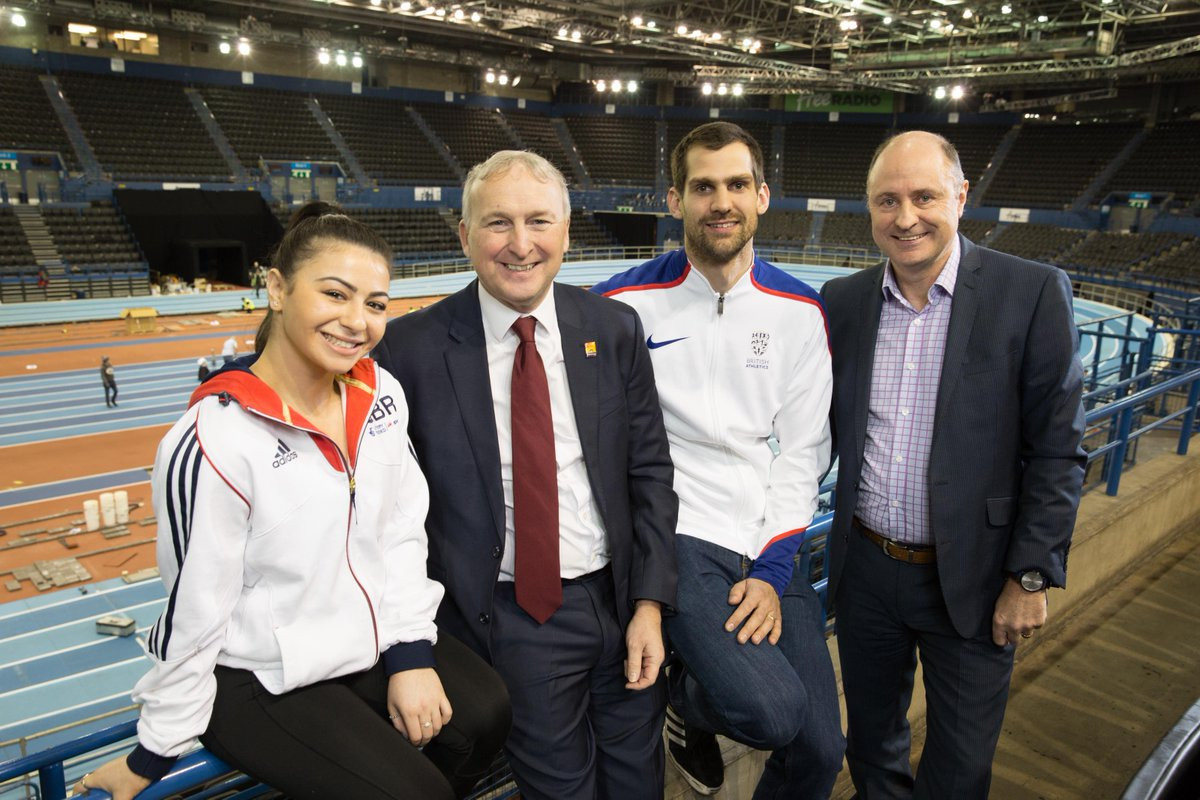 Ian Ward, chair of the Birmingham 2022 Commonwealth Games, believes the city will reinforce its ability to host major sporting events as it prepares to stage three major competitions next month.

Arena Birmingham is scheduled to stage the World Indoor Athletics Championships from March 1 to 4, with around 600 athletes from 150 countries scheduled to take part.

It will be the All-England Badminton Championships at the same venue from March 14 to 18, before the Gymanstics World Cup completes a hat-trick of quick-fire competitions at the facility when it takes place between March 21 and 22.

Britain will be joined by Brazil, China, Japan, Germany, The Netherlands, United States and Russia in the women's gymnastics event, with Ukraine added for the men's competition.

Ward claims the city welcomes the logistical challenge of hosting the competitions, saying it will give British athletes a flavour of what to expect at the Commonwealth Games.

"We know that Birmingham can host a fantastic Commonwealth Games in 2022 and look forward to sharing our journey with everyone across the Modern Commonwealth of Nations over the coming months," said Ward, also the leader of the City Council.

"Birmingham born and bred, I can feel the sense of pride that I've had since we were awarded the Games starting to bubble throughout the neighbourhoods of this truly Commonwealth city of Birmingham - and I am sure that will grow and grow as we edge ever nearer to 2022.

"Our bid vision of 'heart of the UK, soul of the Commonwealth' perfectly sums-up a city that for generations has become home to people from throughout the Commonwealth and will continue to embody the best of our shared ideals.

Ward claimed the recent months had been some of the busiest of his life, after he worked on securing the Games for Birmingham.

Durban was originally awarded the Games in September 2015 before the South African city was stripped of the event in March because it failed to sign the Host City contract and meet a series of financial deadlines.

Birmingham was the only potential host to submit a bid before the deadline of September 30 but the Commonwealth Games Federation initially ruled that their attempt was not "fully compliant" and extended the bidding process for a further two months.

Birmingham was chosen as Britain's candidate city in September, beating a rival bid from Liverpool and receiving UK Government backing.

The English city will follow Gold Coast as Commonwealth Games hosts, with the Australian city due to host the multi-sport event this year from April 4 to 15.