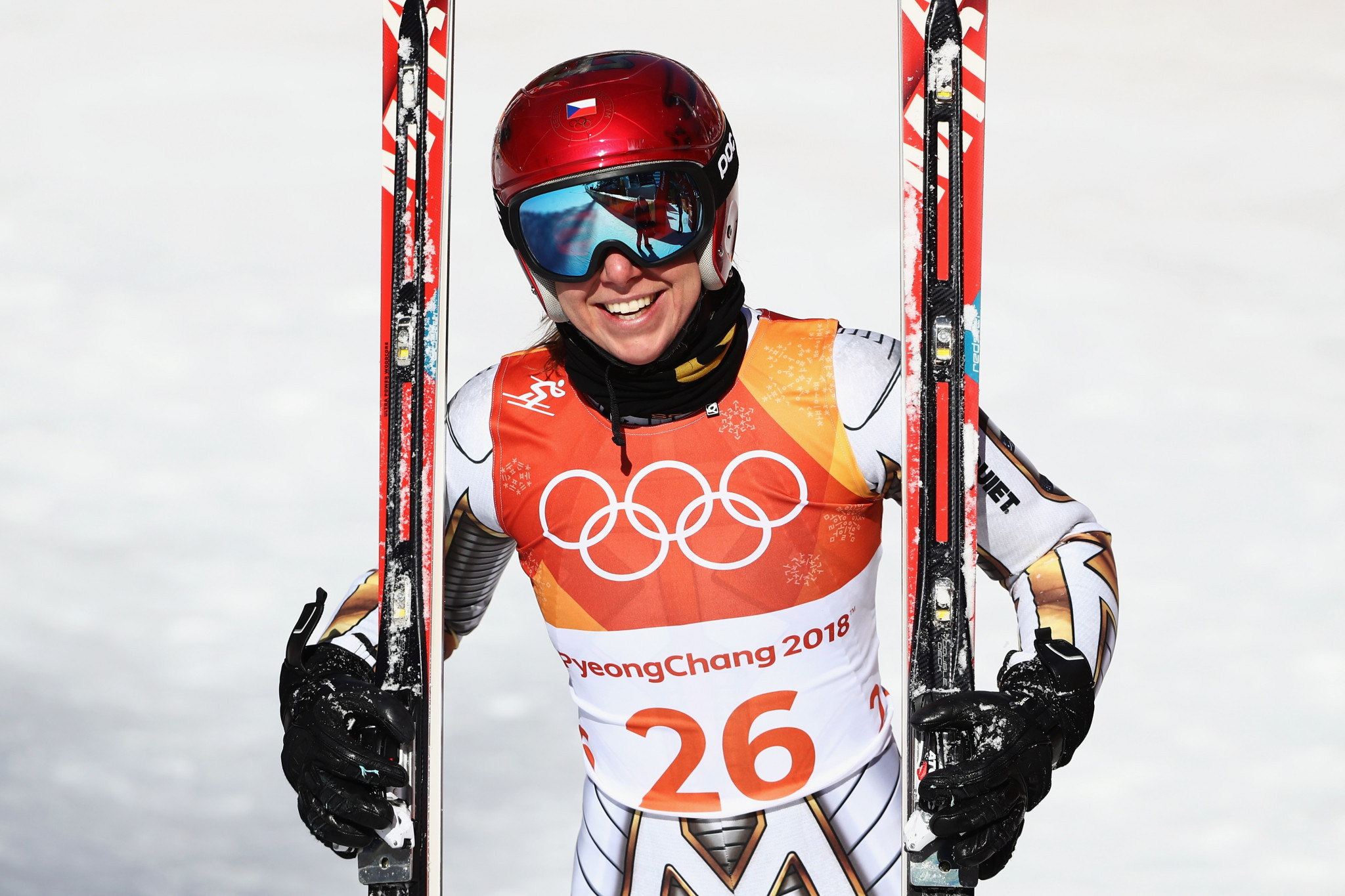 Ledecká, a snowboard specialist who has never finished on the podium in a World Cup ski event, beat Veith by a margin of 0.01 seconds with a time of 1min 21.11sec at the Jeongseon Alpine Centre.

Veith looked destined to become the first woman to defend an Olympic super-G and was in celebratory mood at the end of her run.

But Ledecká, competing in bib number 26, had other ideas and delivered a blistering run to earn Czech Republic its first Olympic gold medal in Alpine skiing.

"I was probably the only snowboarder on site," the 22-year-old, who will also compete in the parallel giant slalom snowboarding next Saturday (February 24), said when asked how she skied so fast.

"All the other girls didn't risk a lot.

"There must be a lot of pressure on them.

"I was just trying to do my best run."

Asked whether she thought she had won the gold medal, Veith said: "At first, yeah.

"I thought that was maybe the best run, then Ester, because she does snowboarding, we didn't know how strong she is.

"When she posts a better time, then she deserves it.

"I want to congratulate her."

Liechtenstein's Tina Weirather took the bronze medal in 1:21.22 as Switzerland’s Lara Gut dropped to fourth in 1:21.23 after Ledecká’s stunning run.

The United States’ Lindsey Vonn, the Vancouver 2010 downhill gold medallist and super-G bronze medallist, made a mistake late in her run and finished joint sixth with Italy’s Federica Brignone.

The 33-year-old was competing at her first Olympics since 2010 having missed out on Sochi 2014 due to injury.

Alpine skiing medal action at Pyeongchang 2018 is due to resume tomorrow with the men's giant slalom.