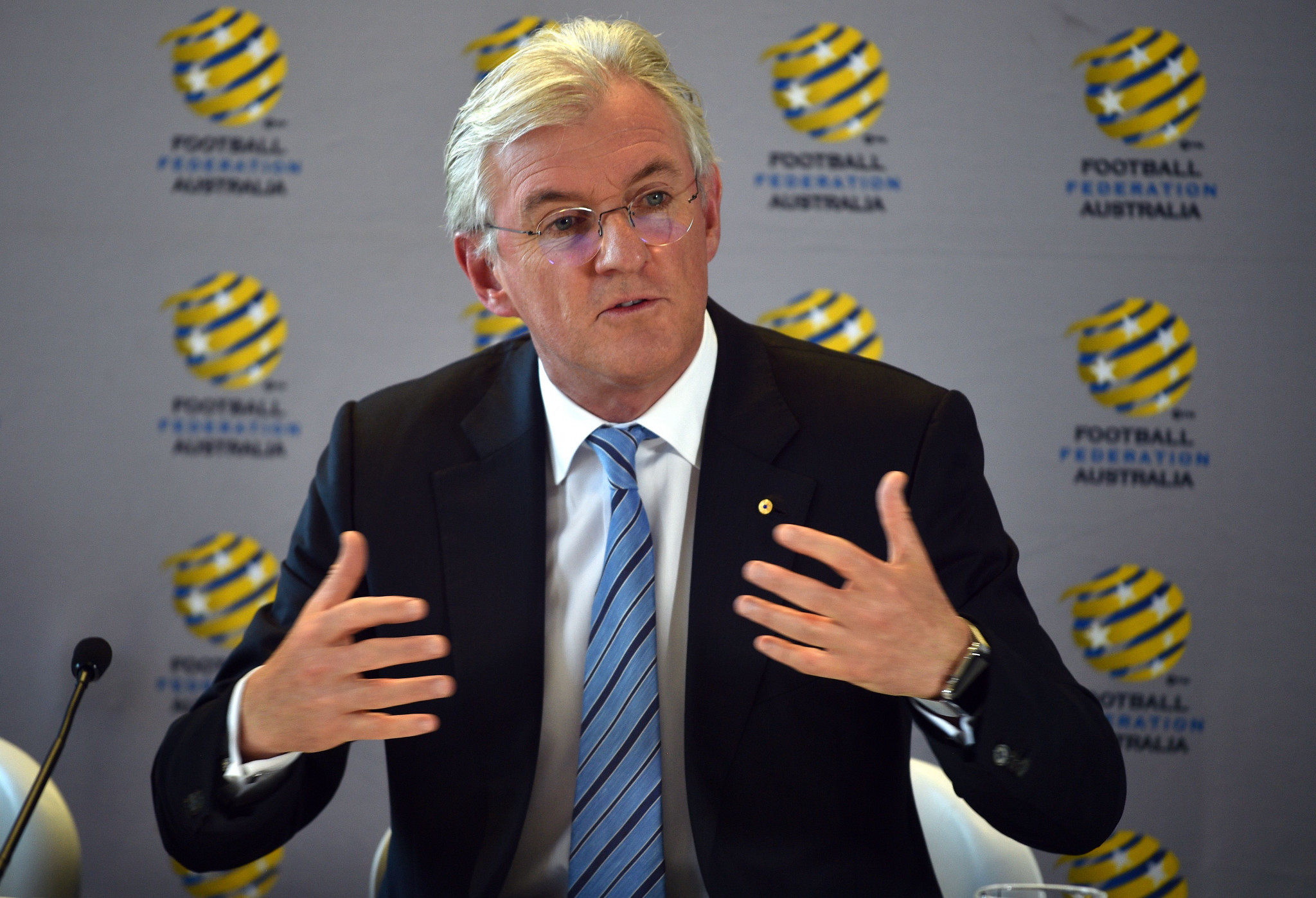 FIFA and Asian Football Confederation (AFC) officials are set to hold meetings with the Football Federation Australia (FFA) next week as they attempt to resolve constitutional issues in the organisation.

The FFA avoided being taken over by a Normalisation Committee in December after FIFA agreed to a proposal to instead establish a "Congress review working group".

The FFA failed to meet a FIFA-imposed deadline to pass key reforms to the composition of its Congress, leading to suggestions the world football's governing body would step in to run the organisation.

FIFA instead decided to allow further negotiations in an attempt to resolve the impasse over the formation of its ruling Congress, which currently has 10 members.

The FFA wanted to expand the Congress to 15 members but their plan failed to receive the required majority during an Extraordinary General Meeting in December.

It was confirmed the review working group would include all key Australian stakeholders and receive "direct support" from FIFA and the AFC.

They are now due to arrive in Sydney for meetings from February 20 to 22 to help come to a solution to the issue.

The FFA claim FIFA have defined the purpose of the visit to "meet with the stakeholders - Member Federations, A-League clubs, PFA - and any other relevant interlocutors, such as the Association of Australian Football Clubs (AAFC), that have been established in the meantime".

Based on the feedback received they will help to "define the terms of reference of the Congress review working group, which include its objective, composition, mandate and timeline".

The FFA have claimed the establishment of the working group will "create a forum for voices across the whole of the game to be heard in this important step in the evolution of football in Australia".

Their FFA Board have re-affirmed their support for an expanded Congress, which they claim will enable broader representation within the game and boost gender equality, while balancing interests of each group.

The FFA had required a 75 per cent majority at their Congress in November to pass the key reforms.

Seven of the 10 members voted in favour of the FFA's expansion plans but, as expected, the A-League clubs and the New South Wales and Victoria State Federations went against.

The clubs, who say they generate 80 per cent of cash for football in Australia, wanted at least five seats but the FFA offered them only four, along with one each for the players’ union and two women’s football representatives to cover the professional and amateur games on an expanded 15-member Congress.

The issue has come at a time when the FFA are bidding for the 2023 Women's World Cup.

Amid the issues surrounding the evolution of the Congress, the FFA Board have announced plans to expand the Hyundai A-League by two teams.

They have 2019-2020 season as the start date for two new clubs, with a formal process set to be announced next month.

It is hoped a decision could be made later this year.

Currently the A-League consists of 10 teams.