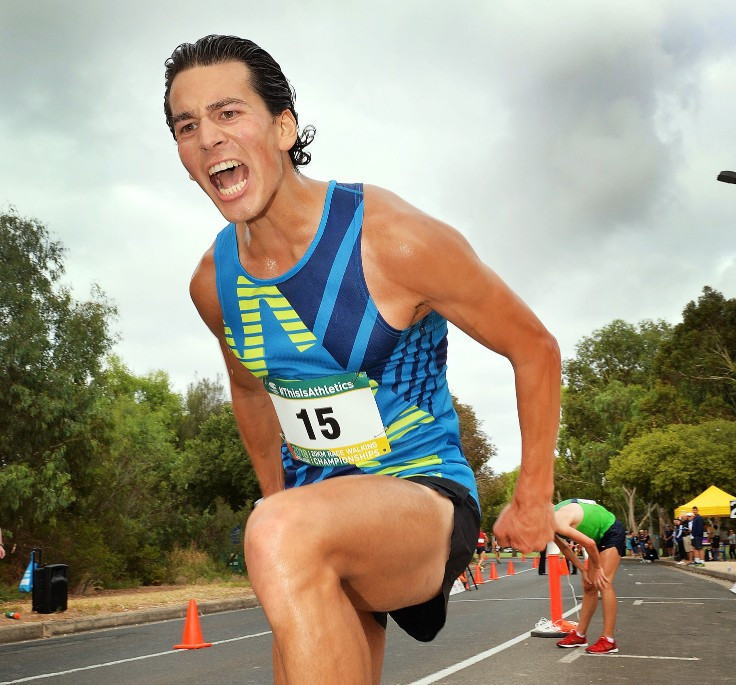 Karlström is not eligible for either the Oceania title or the Australian title, which was also decided in the Adelaide race.

The first of those titles went to New Zealand's Quentin Rew, who finished fourth behind Chile’s Yerko Cortes, third in 1:21:31.

Bird-Smith, favourite to win the men’s race but who had arrived in Adelaide with a heavy cold, finished in fifth place, nearly two minutes behind the winner.

That also gave him a hat-trick of Australian titles and four of the past five.

He said after the race that he had arrived in the South Australian capital two days earlier feeling "crook [sick] as" and acknowledged that his 1:22:18 performance represented a "shocking race".

"It’s one of those things I’ll laugh about later but [now] everything hurts," he said.

A change in the weather on the eve of the race spared competitors from earlier predicted temperatures of about 30C.

Instead, the 7am start saw the race get under way in temperatures in the mid-teens, good conditions for the flat course along Memorial Drive which largely followed the banks of the Torrens River on the edge of Adelaide’s CBD.

Canada’s Evan Dunfee, fourth in the Rio 2016 50km race, was another pre-race favourite whose plans went awry as he was obliged to withdraw after 12 kilometres with hamstring soreness while leading the race.

By contrast to the men’s event, the women’s 20km was a largely domestic affair with just two international visitors in the top 10 out of three overall.

After finishing second at the Oceania Championships in 2015 and third last year - both in Adelaide , 31-year-old Smith stepped up to the top of the podium when she strode decisively clear of her domestic rivals on the final loop along Memorial Drive.