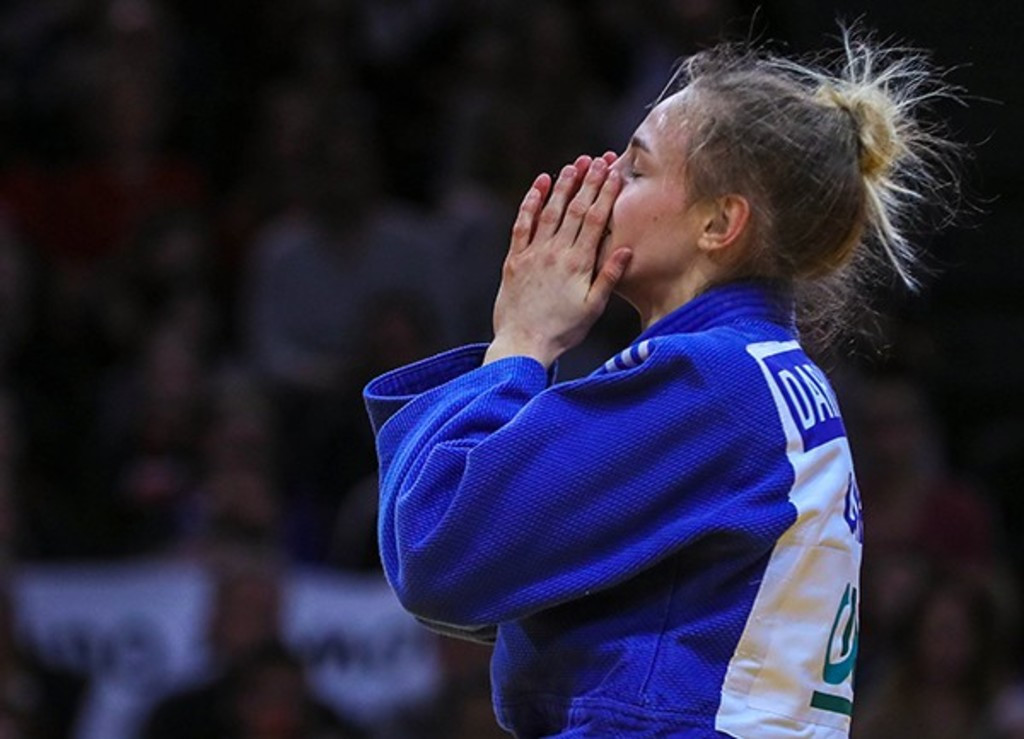 Teenagers Daria Bilodid of Ukraine and Abe Uta of Japan produced startling victories at the Paris Grand Slam as a new generation of champions emerged in the World Judo Tour’s flagship event.

Canada celebrated its first gold medal at the Paris tournament through Christa Deguchi in the under 57 kilogram category, while Akil Gjakova became Kosovo’s first male winner on the IJF World Judo Tour as he triumphed in the under 73kg category.

European champion Bilodid, a Grand Slam newcomer, won the Paris tournament at her first attempt as she defeated Hohhot Grand Prix winner Kang Yujeong of South Korea in the under 48kg category with her trademark sankaku-gatame hold-down.

The world number nine has only once left an international event without a medal – that was at last year’s World Championships.

The Abe family appear ready to dominate the sport with older brother Abe Hifumi already the world champion and a five-time Grand Slam winner at just 20.

Japan’s teenage prodigy set the tone for her day by throwing Eleudis Valentim of Brazil after just nine seconds in her opening contest.

Astride Gneto of France beat Van Snick for bronze, and the other bronze match saw Distria Krasniqi of Kosovo beat Tsunoda.

Deguchi, a world junior silver medallist for Japan, defeated her old compatriot Yoshida Tsukasa, world silver medallist and top seed, to earn gold for her new country of Canada in the under 57kg category.

Yoshida had beaten Britain’s Nekoda Smythe-Davis in her semi-final, while Deguchi had reached the final with victory over Helene Receveaux of France.

Receveaux lost her bronze medal match against Kim Jisu of South Korea, and the other bronze went to the Briton, who beat Timna Nelson Levy of Israel.

Tashiro had earned her final place with victory over Slovenia’s Olympic champion Tina Trstenjak, while Agbegnenou had defeated European Games winner Martyna Trajdos of Germany by ippon with an osoto-gari.

Trajdos beat Britain’s Lucy Renshall to bronze, while the other bronze went to Trstenjak, who defeated Japan’s Nabekura Nami.

The Georgian was left perplexed after Gjakova registered the only score of the contest, by waza-ari, for a momentous victory.

Shavdatuashvili had beaten South Korea’s An Changrim in his semi-final, while the Kosovan had advanced with a win over Mongolia’s Tsendochir Tsogtbaatar.

The Mongolian won first bronze, An collected the second.

France’s Cedric Revol took the other bronze on a walkover as Amiran Papinashvili of Georgia had been disqualified in his semi-final with Shishime for a dangerous action.

South Korea’s Olympic silver medallist An Baul got his 2018 season off to a winning start as he topped the podium at the expense of Japan’s Maruyama Joshiro in the under 66kg final.

An defeated Japan’s Isoda Norihito in his semi-final and Maruyama progressed over France’s Kilian Le Blouch.

Sebastian Seidl of Germany beat Le Blouch to bronze, and the other bronze went to Isoda after a win over Algeria’s Houd Zourdani.

Tomorrow the heavyweight elite will take to the tatami with the seven remaining weight categories to be determined.