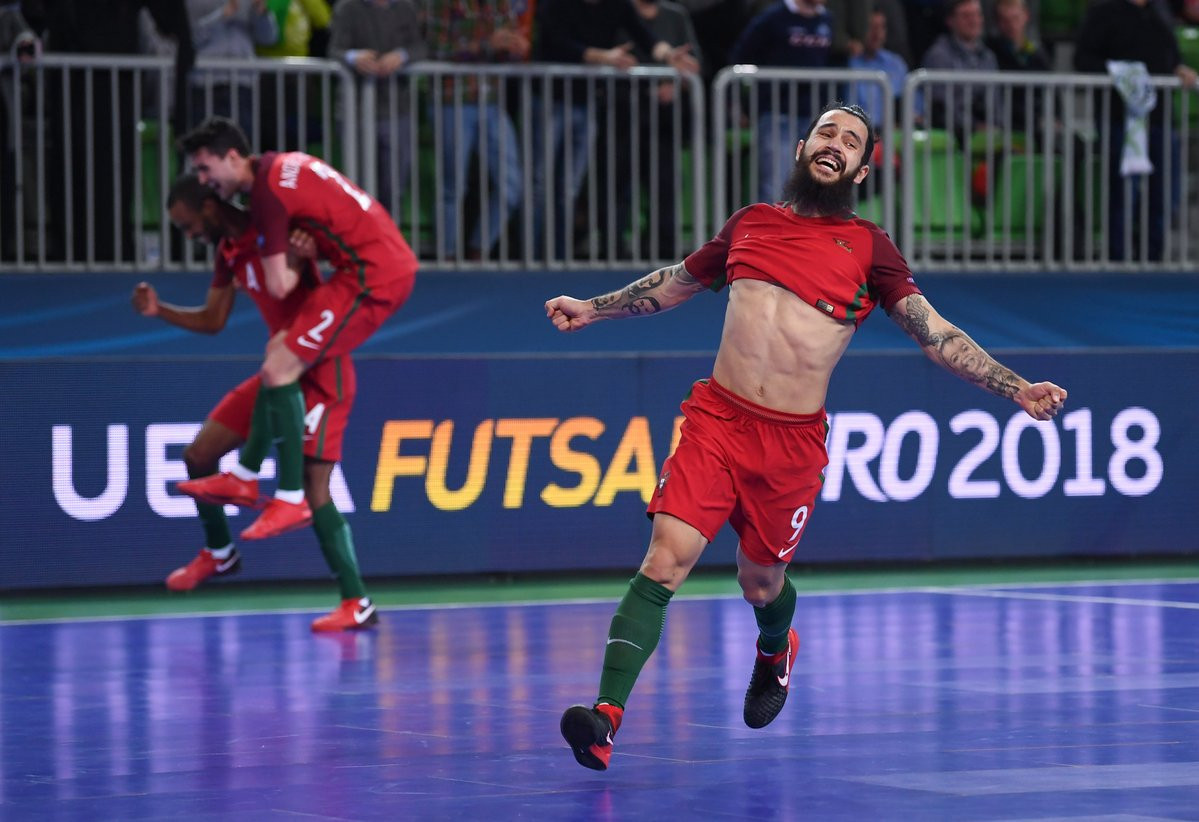 Spain headed into the match holders to successfully defend the European title they won two years ago in Serbia, while Portugal were hoping Ricardinho could maintain the form he had shown throughout the tournament.

Ricardinho, who became the all-time record scorer at the Championships back in the quarter-finals, continued to make history at the Arena Stožice in Ljubljana.

The Portuguese star scored the earliest goal in the history of the finals by firing his side ahead after just 59 seconds.

The match proved an even affair for the duration of the half and Portugal were unable to maintain their advantage into the break as Tolra drew Spain level.

The turnaround was completed in second half with Lin scoring after 31 minutes to take Spain closer to their eighth title.

Portugal were dealt a major blow when Ricardinho was injured and unable to continue, leaving Spain pushing for a winner as they looked to avoid penalties, having suffered their only final defeat at the Championships in that manner back in 1999.

The Spanish team did ultimately fall victim to a penalty, although it came in the extra-time period.

Coelho stepped up to calmly finish for his second goal, giving Portugal a 3-2 win.

With their star player injured, the match ended in a similar fashion to the country’s European Football Championship success two years ago, when Cristiano Ronaldo was forced to watch on as his team earned their maiden title.

Spain had achieved the feat on two occasions with football success at Euro 2008 and 2012, along with a string of four straight futsal crowns from 2005 to 2012.

The bronze medal was earned by Russia, securing their ninth podium finish in 11 editions of the event.

A solitary second half strike from Eder Lima was enough to overcome Kazakhstan.

Iran are due to face Japan in the Asian Futsal Championship tomorrow in Taiwan.

The Iranian team will hope to maintain their remarkable record, having won 11 titles to date.