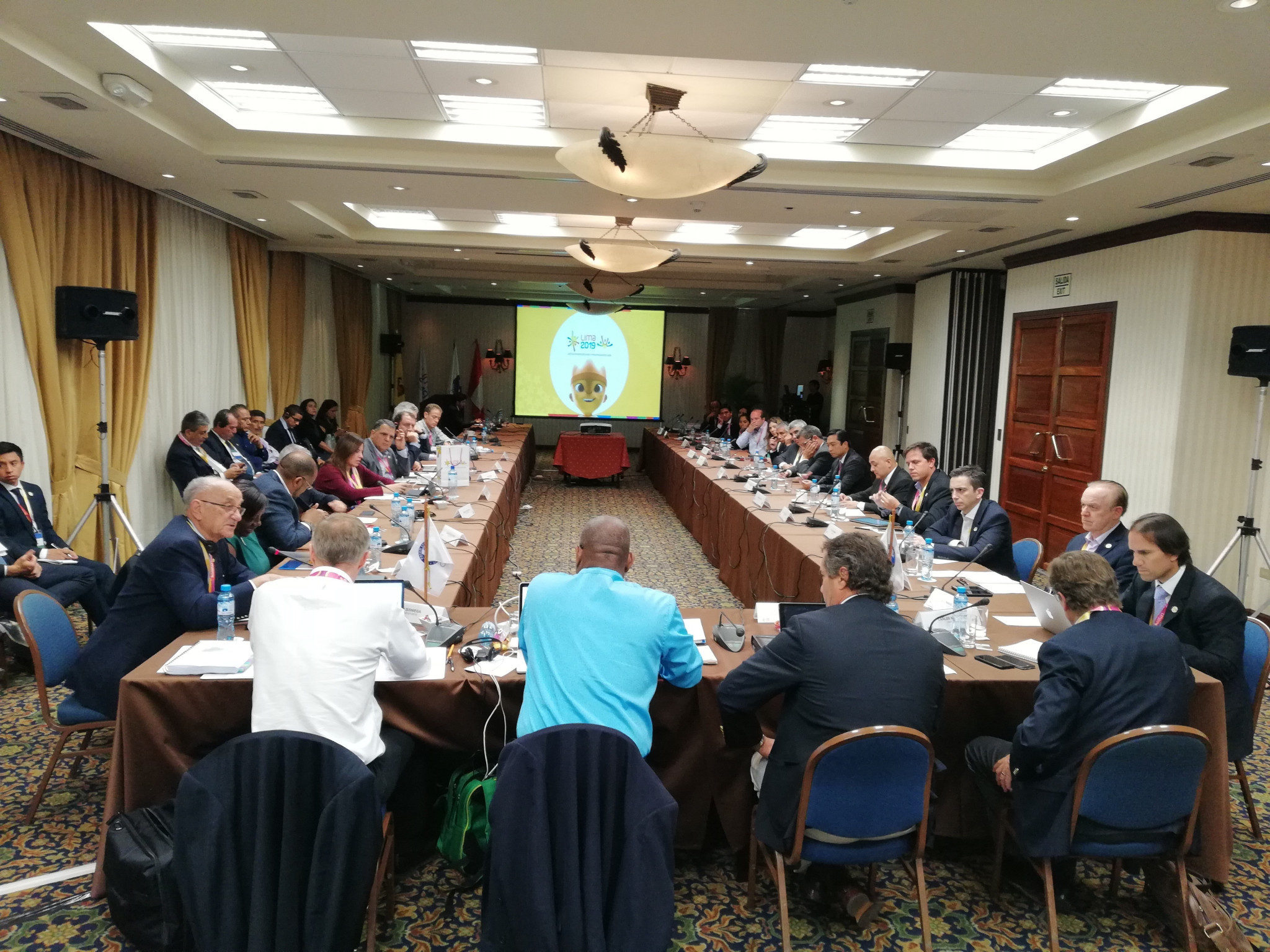 The official made the assertion at the conclusion of the Commission's two-day visit to the Peruvian capital city.

A visit to the Athletes' Village construction site completed the visit, with the Commission assessing progress being made since building work commenced.

The Village will eventually consist of seven towers which will house athletes and officials during the duration of next year's Games.

Chilean consortium Besco-Besalco told the Commission that they are completing one floor in each tower every four days.

They have worked alongside Peruvian organisers since the UK Government was appointed as the main delivery partner for the event.

It is claimed this will ensure the structures will be completed by July this year.

The Village, located in the heart of the Villa El Salvador district in the south-east of Lima, is due to include 1,096 apartments which will be home to approximately 10,000 athletes and coaches.

It is claimed the full Village will be completed by February 2019 - five months before the Opening Ceremony of the Pan American Games is due to take place on July 26.

The Athletes' Village had been one of the main concerns for PanAmSports and organisers amid fears the crucial project would not be ready on time.

An inauguration of the Village took place last September, held during the International Olympic Committee Session in Lima.

Joseph claimed he had been "impressed" by the progress, citing the strong results from the partnership between the Peruvian and UK Governments.

"It is warming to see the growth of the Organising Committee and I can remember when, not too long ago, there were only a few of us around the table during these visits," Joseph added.

"On behalf of all of Panam Sports and our President Neven Ilic, I'd like to give a heartfelt thank you to Lima 2019 for hosting us and a thank you to the UK team for the collaborative work they are carrying out.

"We are a closely-knit family with a single objective which we are well on the way to achieving."

The Commission were also taken on a visit of the Callao sports cluster, where baseball, boxing, judo, wrestling, taekwondo and seven-a-side football will be held during the Games.

They then discussed a list of key goals with Panam Sports executives for their next Coordination Commission visit.

"I would like to thank the CoCom for their visit and for the support they provide in helping us prepare for the Pan American Games," said Carlos Neuhaus, Lima 2019 President.

"Their experience and knowledge of hosting major sporting events is invaluable to us in our preparations and we are taking on board all of their recommendations.

"It was important for my team and I to have our efforts recognised by Panam Sports and with their approval, we will now continue to accelerate our preparations for a memorable Games in 2019 which will leave a lasting legacy for Lima and all of Peru."

The Games will take place from July 26 to August 11 next year.