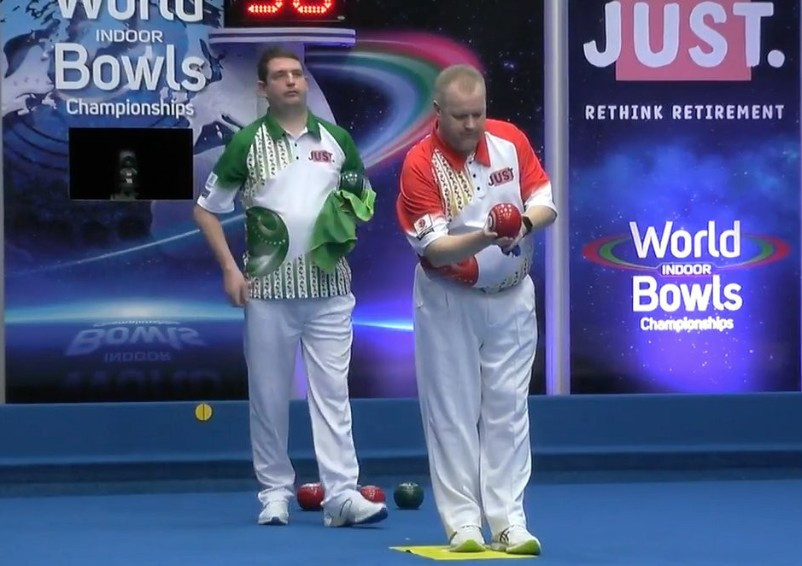 Defending champions Claire Johnston and Nick Brett crashed out of the mixed pairs event at the quarter-final stage at the World Indoor Bowls Championships after they were stunned by England's Bex Field and Darren Burnett of Scotland in Great Yarmouth.

Field and Burnett sprung a surprise with a 2-1 victory at the Potters Leisure Resort in the English town.

Scotland's Johnston and Englishman Brett had no answer to a dominant display from their opponents as they were forced to relinquish their crown.

The result was particularly poignant for Burnett and Field as the former is only competing at the event due to the withdrawal of Scotland's Paul Foster, who withdrew following the death of his father.

"The circumstances were regrettable, but it was great that Darren was able to step into the breach, and replace Paul," Field told the Eastern Daily Press.

"We got on very well.

"Perhaps I should point out that the only games I have ever won in this mixed pairs event have been with Scots.

"That’s got to mean something."

Field and Burnett were joined in the semi-finals by Stewart Anderson of Scotland and Guernsey's Alison Merrien, who beat Australia's Ellen Ryan and England's Robert Paxton 1.5-0.5.

Jamie Chestney of England and Scotland's Lesley Doig are also through after they overcame Scotland's David Gourlay and Janice Gower of England 2-0.