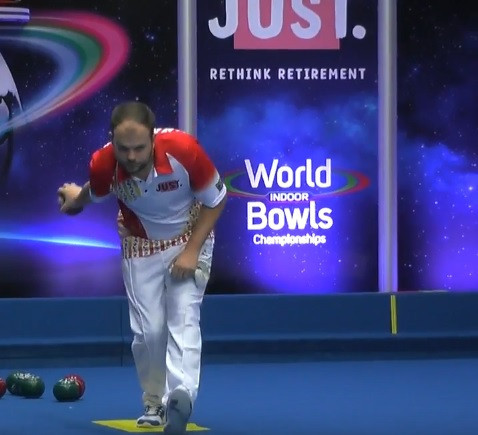 England's Jamie Chestney kept up his good form from yesterday, when he reached the pairs final with partner Mark Dawes, by reaching the second round of the men’s singles at the World Indoor Bowls Championships after coming out on top against compatriot Chris Gale.

In the first match of the day at the Potters Leisure Resort in Norfolk, Chestney took the first set 10-1 as Gale, a late call-up for the match following the withdrawal of Danny Denison due to a damaged leg, struggled to cope.

Gale, however, recovered magnificently to take the second set 9-8, which was 5-5 at one point, in a tense affair.

This meant a tiebreak was required to separate the two players with Chestney coming out on top by a 2-0 scoreline to take the match.

The second match of the day saw two Scotsmen face off as fifth seed David Gourlay took on John McCrorie.

England's Mark Dawes closed out the day's proceedings with a comprehensive 12-4, 12-1 victory over CY Wong of Hong Kong.