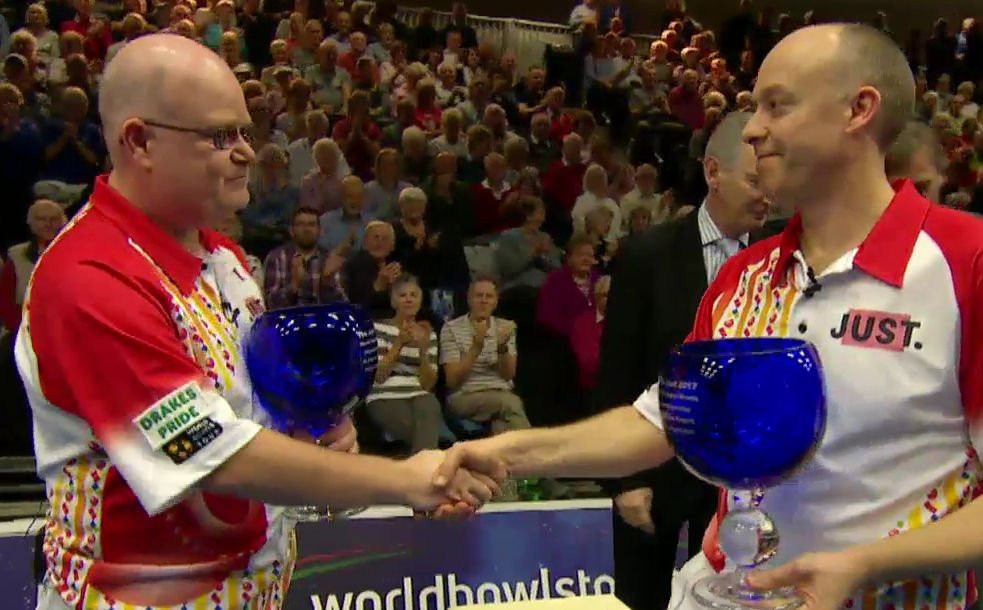 Defending pairs champions Jason Greenslade and Les Gillett were dumped out of the 2018 World Indoor Bowls Championships at the quarter-final stage at the Potters Leisure Resort, in Norfolk, today.

The Welsh-English duo were defeated 10-2. 4-4 by an inspired performance by England's Robert Paxton and Scotland's Jonathan Ross.

They were too strong and too consistent after the two sets.

They lost 1-8, 5-7 to English qualifiers Jamie Chestney and Mark Dawes.

Marshall had been due to play with fellow Scot Paul Foster.

Foster withdrew, however, following the sad death of his father and bowls mentor, Hugh, on his way to the tournament.

He consequently pulled out of both the pairs and mixed pairs tournaments.

The remaining two quarter-finals are due to take place tomorrow.