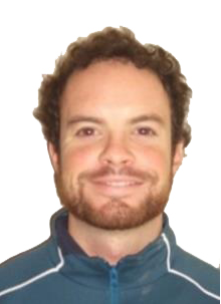 Australian Taekwondo has hired Ben Exton as its new participation manager, it has been announced.

The appointment has been made as part of the participation funding the national governing body has received from the Australian Sports Commission.

Exton comes with a wealth of experience in encouraging participation in a number of sports.

He has previously worked for the Department of Foreign Affairs and Trade, developing and delivering participation programmes in the Oceania region for badminton and rugby.

As a youngster, Exton was also a taekwondo participant for many years.

"He has an appreciation of why people seek out to do taekwondo," an Australian Taekwondo statement said.

"Ben will soon be engaging with clubs and state bodies throughout the country and developing AT's participation plan."

Australian Taekwondo chief executive Joelie Chisholm recently announced that she has decided not to extend her contract beyond the end of this year.

The Australian Taekwondo Board said it respected her decision to vacate the role.

Chairman Raff Di Renzo claimed that Chisholm has achieved much during her tenure, which stretches back to October 2015.

The most notable thing, according to Di Renzo, was the reinstatement of Australian Sports Commission funding for both community participation in taekwondo and high-performance sports.

Khalil was the most successful, reaching the quarter-finals of the under-58 kilograms event, where he was beaten by Thailand’s Tawin Hanprab.