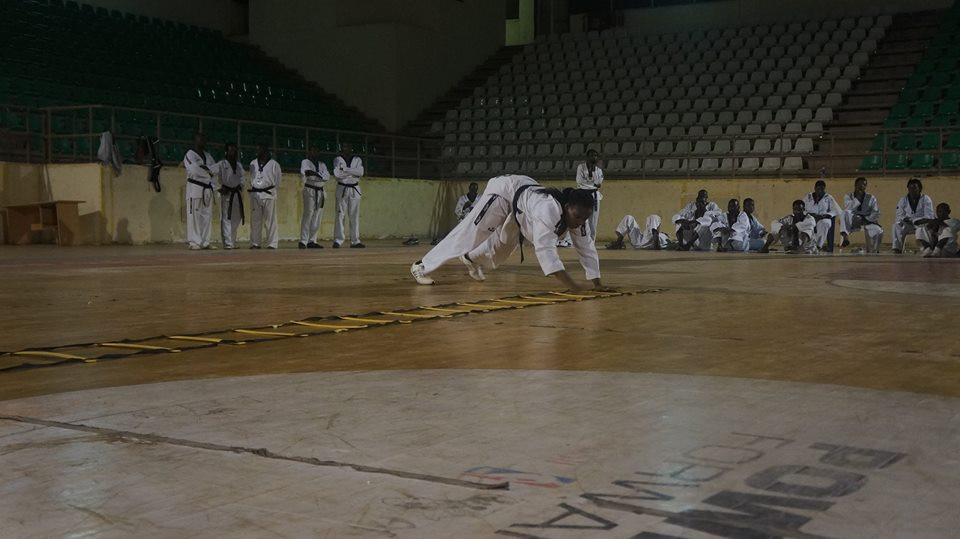 Former Nigerian taekwondo player Emmanuel Peters has called on the country's Government to increase their backing for the sport so an athlete from the nation can win an Olympic gold medal.

Peters claimed a silver medal in the over 83 kilograms category at the 1992 Olympic Games in Barcelona, where taekwondo was a demonstration sport.

It remains the best result recorded by a Nigerian taekwondo player at the Games.

Chika Chukwumerije earned a bronze medal in the men's over 80kg event at Beijing 2008, the only other occasion where a Nigerian has finished on the podium in a taekwondo event.

Peters laid down a challenge to the country's taekwondo athletes to surpass the silver medal he clinched in the Spanish city.

He told the News Agency of Nigeria he was confident the nation could achieve an Olympic taekwondo gold medal in the future, despite a failure to qualify any athlete at Rio 2016.

"It is high time someone steps up to smash my Barcelona 1992 record of a silver medal," Peters said.

"Someone out there from Nigeria should take the challenge to win gold medal.

"We need to convince the world about our knowledge of the sport by winning gold medal.

"We should do something higher than the previous record which has stood for long.

"We have great taekwondoists now and we need to take up the challenge which I think is achievable with our current ratings.

"We have good athletes but they need the right mentality."