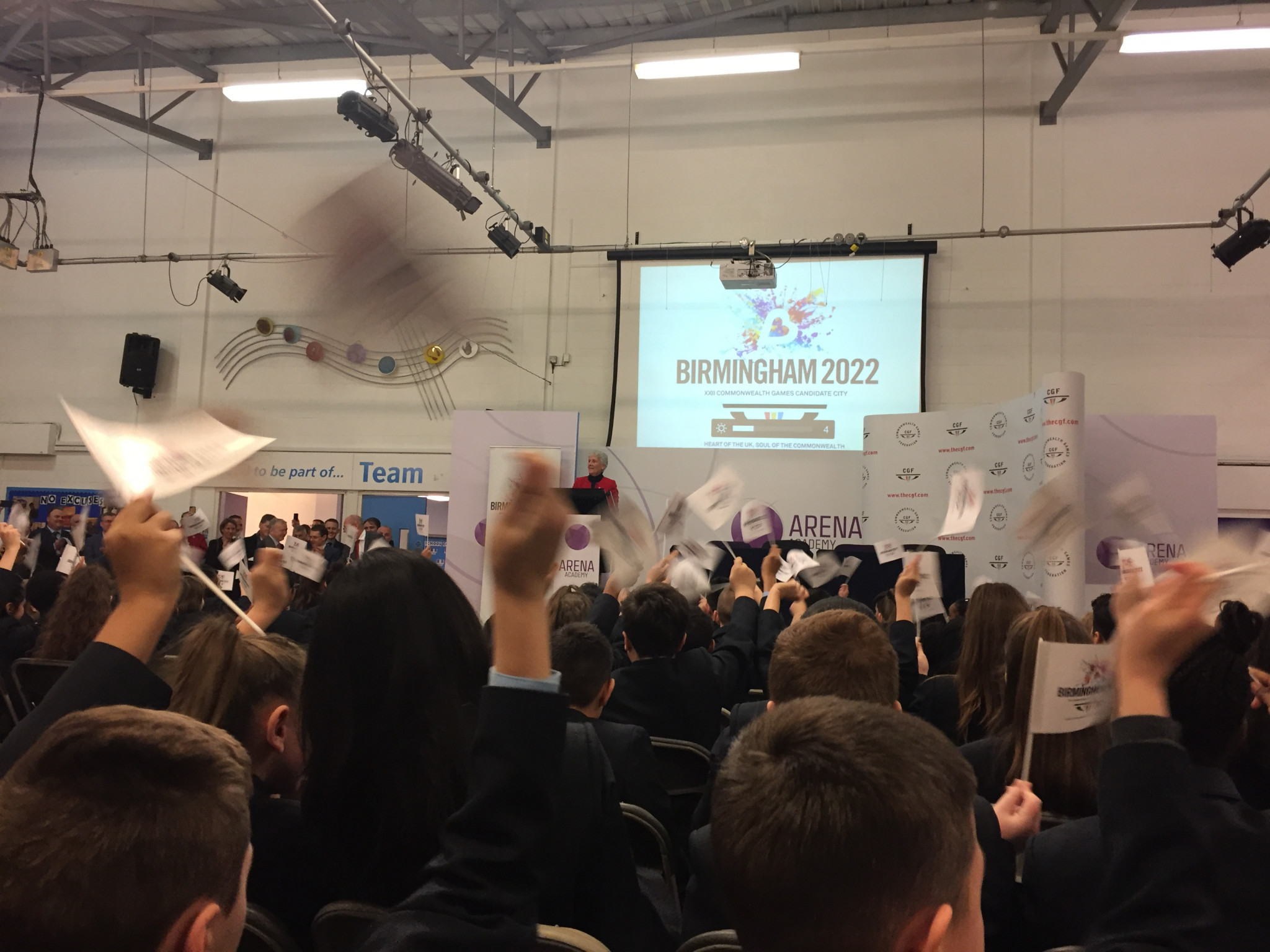 Birmingham were today officially awarded the 2022 Commonwealth Games to replace the original host Durban, stripped of the event nine months ago.

Her announcement, though, had been pre-empted 20 minutes earlier by Commonwealth Games England chairman Ian Metcalfe, who had told students "the Games will be taking place right here in four-and-a-half years time".

insidethegames had revealed exclusively on Tuesday (December 19) that the city in the Midlands in England would be awarded the Games.

"We warmly congratulate Birmingham and England on today’s announcement - it is a defining moment for this truly Commonwealth city," said Martin.

"With its rich history, cultural diversity, youthful dynamism and ambitious spirit, Birmingham embodies all that we cherish about the Commonwealth, and so the Commonwealth Sports Movement looks forward to collaborating with all the Games partners to showcase the city’s humanity and pride to a global audience over the coming months and years."

Martin added:  "The vast majority of the Games venues are in place, and with extensive experience in the UK of hosting successful major events - including Manchester 2002, London 2012 and Glasgow 2014 - the CGF looks forward to a truly spectacular Games that delivers not only for the 2.4 billion citizens across the Commonwealth but the wider world, too.

"Today is a fantastic day for Birmingham, global Britain and our resurgent Commonwealth Sports Movement."

The Host City contract, signed by the UK Government, was delivered to Martin at 8.30am this morning, only an hour before she made the announcement.

It was signed by Martin on behalf of the CGF and by Ian Ward, the Leader of the Birmingham City Council and head of the bid, after the press conference.

Congratulations to #Birmingham, hosts of @thecgf in 2022. Well done Karen Bradley and @andy4wm who worked so hard to make it happen. A great city for what I’m sure will be an excellent tournament. #CommonwealthSport https://t.co/WrkesTdVmD

"This is a wonderful way to end the year and celebrate the festive season - with an early Christmas present for the city," Ward said.

"At the start of 2017 we were looking into the feasibility of hosting the Games in 2026, but when 2022 became a possibility in April, we made the decision to back ourselves even though we knew that we would need to do a lot of work in a short time frame.

"That work and belief has been rewarded."