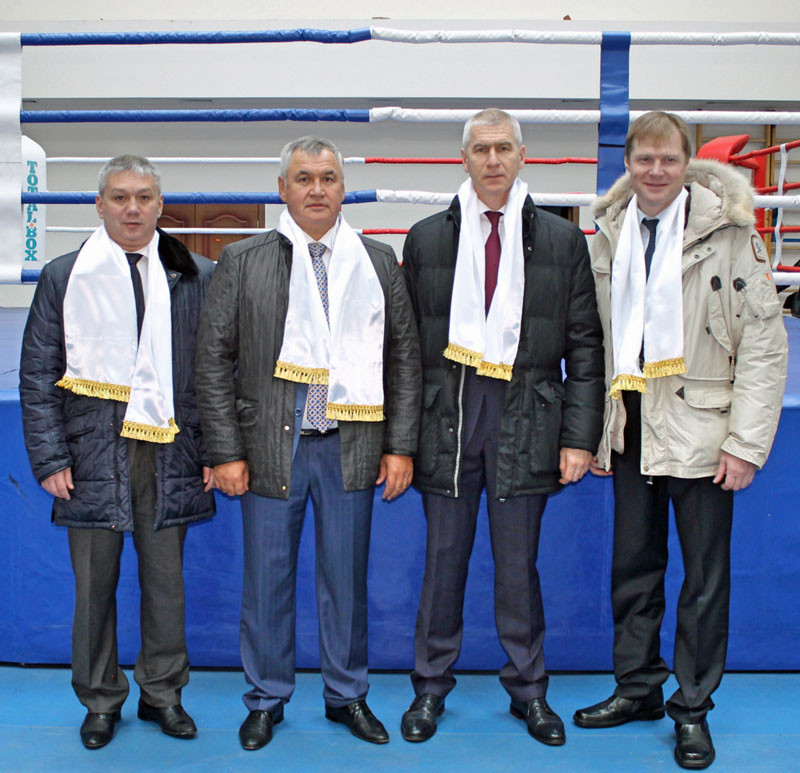 The sports officials met with Alexey Orlov, the head of the Republic of Kalmykia, to discuss preparations for the 2018 WUC Boxing as well as the general promotion of university sports in the region.

Orlov promised that Kalmykia will actively participate in FISU educational initiatives in the build-up to the eighth edition of the event, which is scheduled to take place from September 2 to 7.

He also said that city authorities have already started activities to ensure a high level of competition and hospitality.

Matytsin thanked Orlov for his efforts.

He also said FISU will actively contribute to the promotion of the event in an attempt to guarantee that the maximum number of universities and students have a chance to participate.

FISU launched the WUC series to take place during the even-numbered years between Universiades.

As single sport competitions, the WUCs give cities - and often universities - the chance to host major international sports events with minimal cost and complexity.

There are 35 stand-alone WUC events on the 2018 calendar.