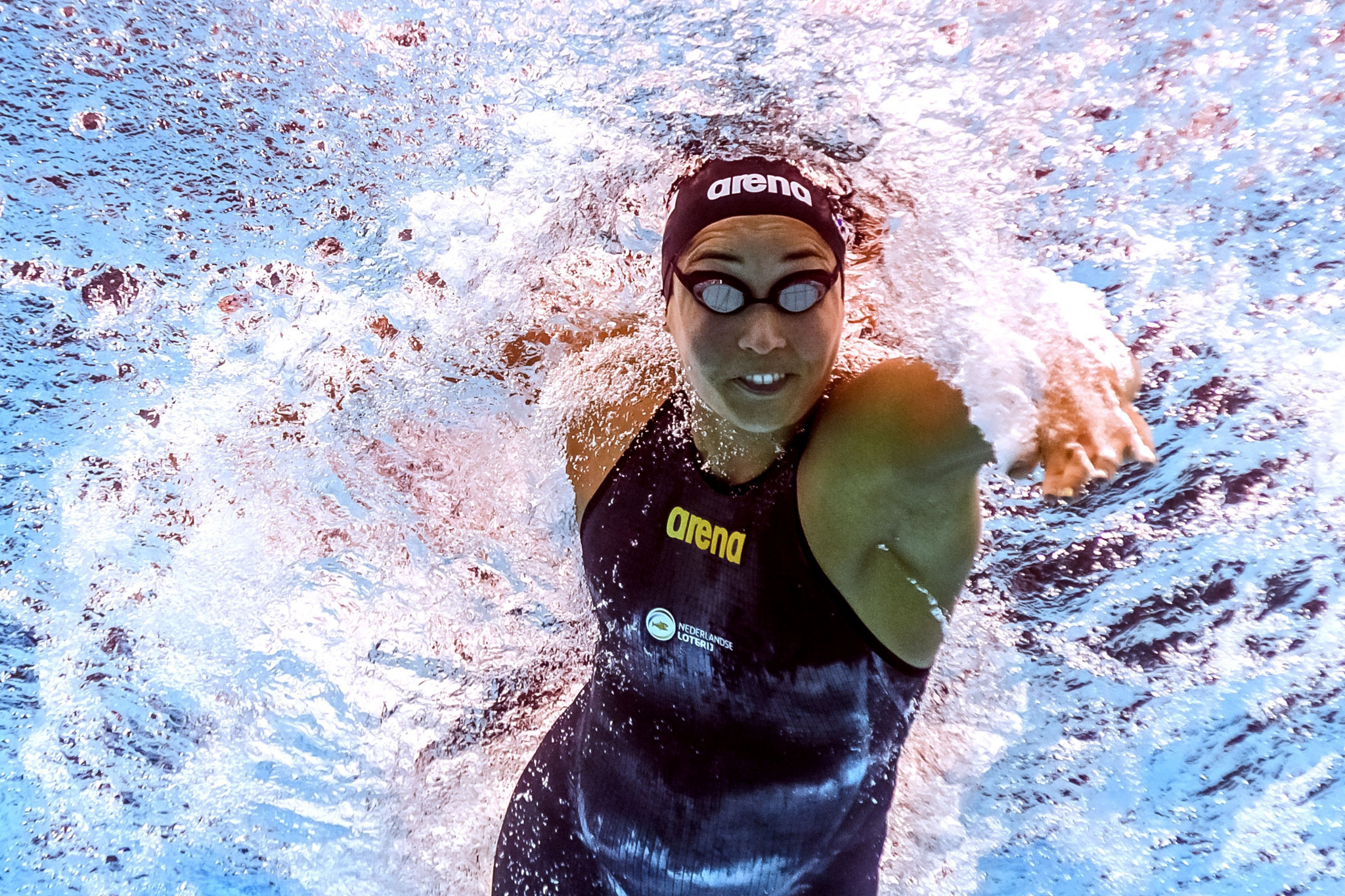 The Netherlands broke their own women's 4x50 metres freestyle relay world record on day three of the European Short Course Championships in Copenhagen.

The Dutch quartet of Ranomi Kromowidjojo, Femke Heemskerk, Tamara van Vliet and Valerie van Roon clocked a winning time of 1 min 33.91sec in the final at the Royal Arena in the Danish capital.

It bettered the 1:34.24 which the country set at the 2014 World Championships in Doha in Qatar.

Joining Kromowidjojo and Heemskerk on the team from four years ago were Inge Dekker and Maud van der Meer.

Kromowidjojo had earlier set a Championship record on her way to winning the women’s 100m freestyle final.

Sjöström claimed the silver medal in 51.03, while Blume finished third in 51.63.

A world junior record was also lowered today as Russia’s Kliment Kolesnikov broke that in the men’s 100m backstroke for the second time in as many days.

It bettered the 49.25 he set in the semi-finals yesterday.

Hungary’s Katinka Hosszú was also a stand-out performer today and won the first of her two gold medals with success in the women’s 200m backstroke final.

Hosszú’s second victory came in the women’s 100m individual medley final with a time of 56.97.

Philip Heintz was one of two winners for Germany today after coming out on top in the men’s 200m individual medley final with a time of 1:52.41.

Greece’s Andreas Vazaios was the silver medallist in 1:53.27, while the bronze went to Norway’s Tomoe Zenimoto Hvas in 1:54.16.

Also securing a gold medal for Germany was Franziska Hentke, who won the women’s 200m butterfly final in 2:03.92.

Italy’s Ilaria Bianchi was a close second in 2:04.22, while France’s Lara Grangeon touched home in 2:04.31 for the bronze medal.

Italy’s Gregorio Paltrinieri took the silver medal in 14:22.93, while Norway’s Henrik Christiansen claimed the bronze in 14:25.66.