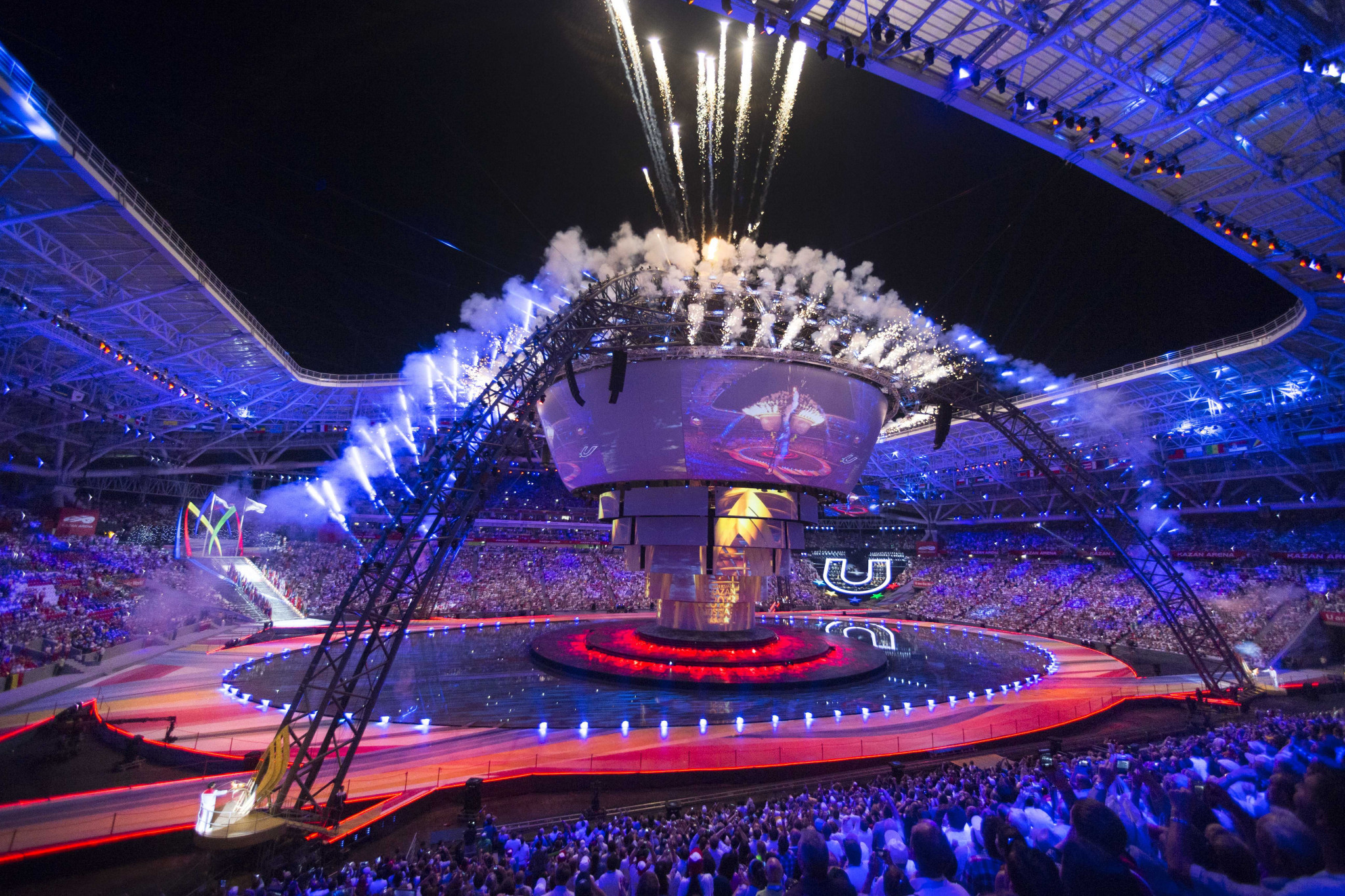 The International University Sports Federation (FISU) claim to be still awaiting evidence to be provided by the World Anti-Doping Agency (WADA) before they can take any retrospective action regarding doping cases at the 2013 Summer Universiade in Kazan.

They also still have no plans to strip the 2019 Winter Universiade from Krasnoyarsk in Russia.

Both WADA and the International Olympic Committee (IOC) have made clear that Kazan 2013 was a major testing ground for the Russian doping system implemented for the following year's Winter Olympic and Paralympic Games in Sochi.

It is alleged that a "disappearing positive methodology" was used at Kazan 2013 in which positive samples submitted by home athletes were covered-up and not reported.

The IOC last week ruled that Russia must compete under a neutral flag as punishment for the "systemic manipulation" of anti-doping which occurred at events, including Sochi 2014.

"FISU has taken note of the Schmid Commission's report and the IOC's decisions, which are part of wider picture regarding Russia and anti-doping that we have been following closely for some time," FISU secretary general Eric Saintrond told insidethegames.

"Ensuring the protection of clean athletes and their competition results is fundamental to ensuring that the students are positively shaped by their experiences of sport.

"It is not FISU's place to comment on decisions made by the IOC regarding National Olympic Committees and the Olympic Games.

"However, we are happy that a positive solution was found to allow clean athletes from Russian Federation to participate at the Games."

A Russian team, including 19 reigning Olympic champions, won 292 medals at Kazan 2013, including 156 gold, more than half of the total awarded.

The Universiade had been opened by Russian President Vladimir Putin.

The doping scandal has put FISU - whose President Oleg Matytsin is Russian - in a difficult position.

Saintrond claimed to hope that they may receive more information at a meeting scheduled with WADA tomorrow.

"Where evidence sufficient to constitute an anti-doping rule violation is provided to FISU, FISU will take the appropriate action," Saintrond added to insidethegames.

"To date, no such evidence has been forthcoming from WADA in relation to Kazan 2013.

"We have been in close contact with WADA since July 2016 and together with our chair of the Medical Committee we are following each and every document provided by the IP team.

"Following the publication of [the WADA commissioned] McLaren's report, FISU requested the evidence referred to in order to study it and take appropriate action.

"Despite repeated requests to WADA, that evidence has still not been forthcoming."

FISU have previously criticsised WADA for supposedly not sending evidence, but did say in December 2016 that they had received "evidentiary packages" related to athletes named during McLaren’s investigation.

WADA have not yet responded to a request from insidethegames to reveal what precise information has been sent to FISU.

When asked if there was a chance of Krasnoyarsk being stripped of the 2019 Winter Universiade, Saintrond replied: "Not at this point.

"The Winter Universiade in Krasnoyarsk will be held in March 2019 and much additional information will be provided to us before the official heads of delegation meeting that is scheduled in October 2018."