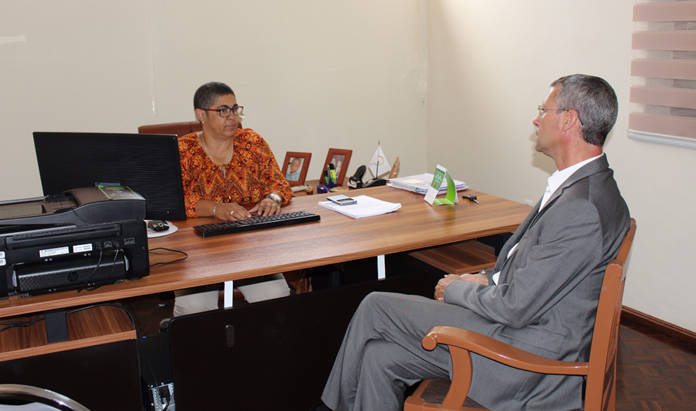 Filomena Fortes has been re-elected as President of the National Olympic Committee of Cape Verde (COC) for a four-year term.

Fortes was first elected back in 2014, having unseated then President Franklin Palma in a tightly fought election.

She proved the sole candidate for the post on this occasion, receiving 20 votes in favour of her re-election as President.

Votes were cast by the 11 sport federations associated with the organisation, who were entitled to two votes each.

The Athletes Commission were also able to cast two votes.

The COC state there were two blank votes at the end of the ballot, but did not reveal whether there were any cast against Fortes re-election.

"It will be a mandate to continue the work done but also with other projects,” said Fortes, who pledged to work alongside the federations.

“We thank all the federations and the COC Athletes Commission for the vote of confidence in this team.”

Fortes will serve in the post until 2021, while she will be assisted by Mário Mendes dos Reis Semedo and José Manuel Almada Dias.

The pair were elected as first and second vice-presidents, respectively.

Nelson Martins Jesus was elected to the COC Board as the organisation’s secretary general, while Mário Ildo Machado Ludgero Correia will serve as treasurer.

Alfredo Manuel Lima, Isménia da Conceição Barros Federico and Nilton Cezar Paris Vaz were confirmed as members of the Board, with Serge Santos and Serge Santos chosen as substitutes.

Rhythmic gymnast Wânia Monteiro and judoka Adysangela Pereira were among those elected to the Athletes Commission.