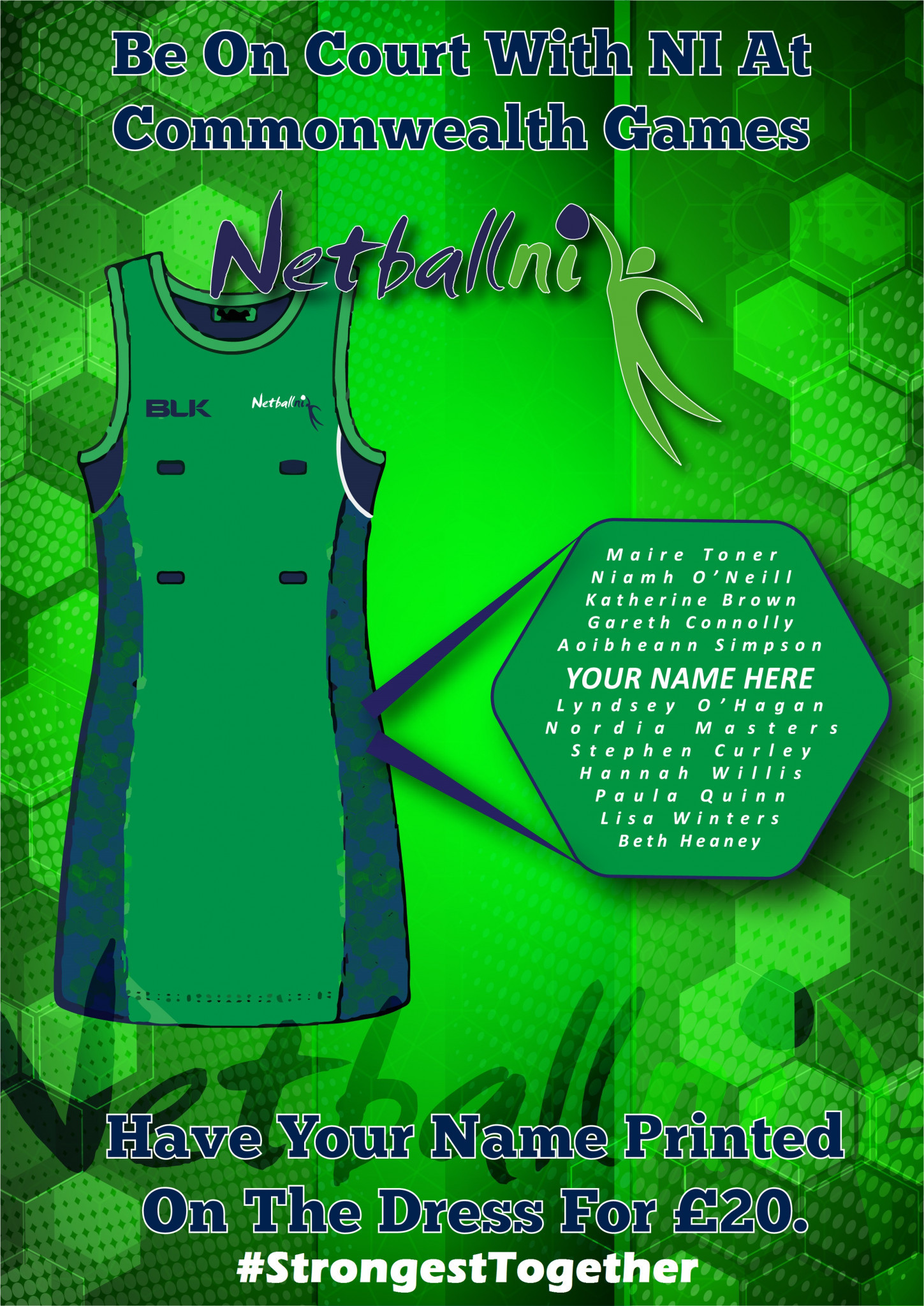 Donors, including family, friends and community groups are being invited to have their names printed on the hexagons, with a good many sponsors' names filling each hexagon.

Coach Rice explained the idea had come from a local club.

"We were inspired by Killeavy GAA Club in south Armagh, who had the names of their sponsors printed in the numbers on their shirts," she said.

"We decided to get over 40 Causeway-style hexagons printed onto the side panels of our netball dresses by our kit sponsor BLK, which will be filled with the names of people who donate.

"It will cost £20 per name printed on the shirt, which will really help our fundraising efforts.

"The team are really behind it - they liked the idea of having their families, friends and supporters with them in Australia.

"It's lovely to feel that they will be on court with them, despite the team being on the other side of the world."

Rice, who is in her third spell as Northern Ireland coach, is proud that of her team's achievement in qualifiying for next year’s games.

They are only the second Northern Ireland squad to do so.

"They are so proud to represent Northern Ireland and their friends and families," Rice said.

"Netball is not an Olympic sport, so the Commonwealth Games is the pinnacle of our players' careers.

"Northern Ireland are an amateur team, but in July we were ranked tenth in the world, and by my reckoning we are now about eighth in the world rankings, which is an amazing achievement considering we are competing against professional teams.

"We are also the only sport from Northern Ireland who will be going to compete collectively as a team during the Games."

The deadline for submission of donations is Monday, December 11.