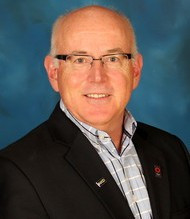 A resolution was passed at last week's ANOC General Assembly in Prague deeming it "unacceptable" that anti-doping organisations have demanded specific sanctions in the public domain before two International Olympic Committee (IOC)-commissioned investigations have completed their work.

ANOC claimed that national anti-doping organisations are service organisations who should "not be engaged in making political statements".

Both of these points have been challenged in a letter sent to ANOC President Sheikh Ahmad Al-Fahad Al-Sabah.

MacQuarrie said it "flies in the face of reality and is therefore startling" for ANOC to suggest they should not take public positions and claimed it "would be irresponsible for NADOs to ignore the McLaren evidence and not take a public position".

"NADOs are not merely 'service organisations'," he wrote in a letter seen by insidethegames.

"They never have been.

"NADOs are the largest group of anti-doping organisations in the world.

"NADOs are the only Signatories to the World Anti-Doping Code uniquely dedicated to protecting clean sport.

"All other Signatories exist for other purposes - generally to promote and administer sport - to which anti-doping is ancillary.

MacQuarrie claimed they work with athletes and other stakeholders "not as 'service organisations', but as partners".

He added in his letter: "Merely providing 'services' is an antiquated notion and contrary to the [World Anti-Doping] Code and the International Standard requirements for collaboration on testing, on intelligence and investigations, on Therapeutic Use Exemption recognition and on education and prevention, to name a few areas.

As the "public guardians of clean sport in each of their countries", MacQuarrie argued that NADOs have a "fundamental role" to speak-out.

"Most critically, each country’s clean athletes expect their NADOs to be the foremost public advocates for protecting their right to clean sport," he added.

"It flies in the face of reality and is therefore startling for ANOC to suggest otherwise."

MacQuarrie, who represents the Canadian Centre for Ethics in Sport, uses this basis to justify their calls for Russian to be made to compete neutrally at next year's Winter Olympics in Pyeongchang,

The IOC's Schmid and Oswald Commissions are due to be completed by the end of this month in time to be used as a basis for a verdict at an Executive Board meeting scheduled for December 5 to 7.

It emerged yesterday that WADA have obtained key electronic data from the Moscow Laboratory which may categorically prove the claims of tampering.

"It is not just proper but it is necessary, for the protection of clean sport, to call for Olympic sanctions relating to Russia based on the evidence already on the public record and already being applied by the Court of Arbitration for Sport and other bodies," MacQuarrie wrote.

"The evidence of the McLaren Reports is clear and uncontroverted.

"It is on the public record, it has been accepted and relied on by the CAS and by national courts - the first decisions of the Oswald Commission confirm it.

"The established evidence transcends the Olympic Movement and its internal processes.

"Irrespective of the approach of any single international sport organisation, it would be irresponsible for NADOs to ignore the McLaren evidence and not take a public position."

MacQuarrie added: "The clean athletes who are NADOs’ key stakeholders would not stand for that.

"As CAS has stated, sport organisations guilty of failing to do the anti-doping work the Code and their own rules require, they cannot hide behind their innocent individual members.

"When these sport organisations are sanctioned for their dereliction of duty or their misconduct, damage to the interests of their individual members is the sad – but logical, legal, and an unavoidable consequence.

"Those guilty sport organisations have only themselves to blame for the damage they cause to their individual members."

The iNADO letter to ANOC concludes by making clear that they would be "pleased to discuss" these issues further "at your convenience".