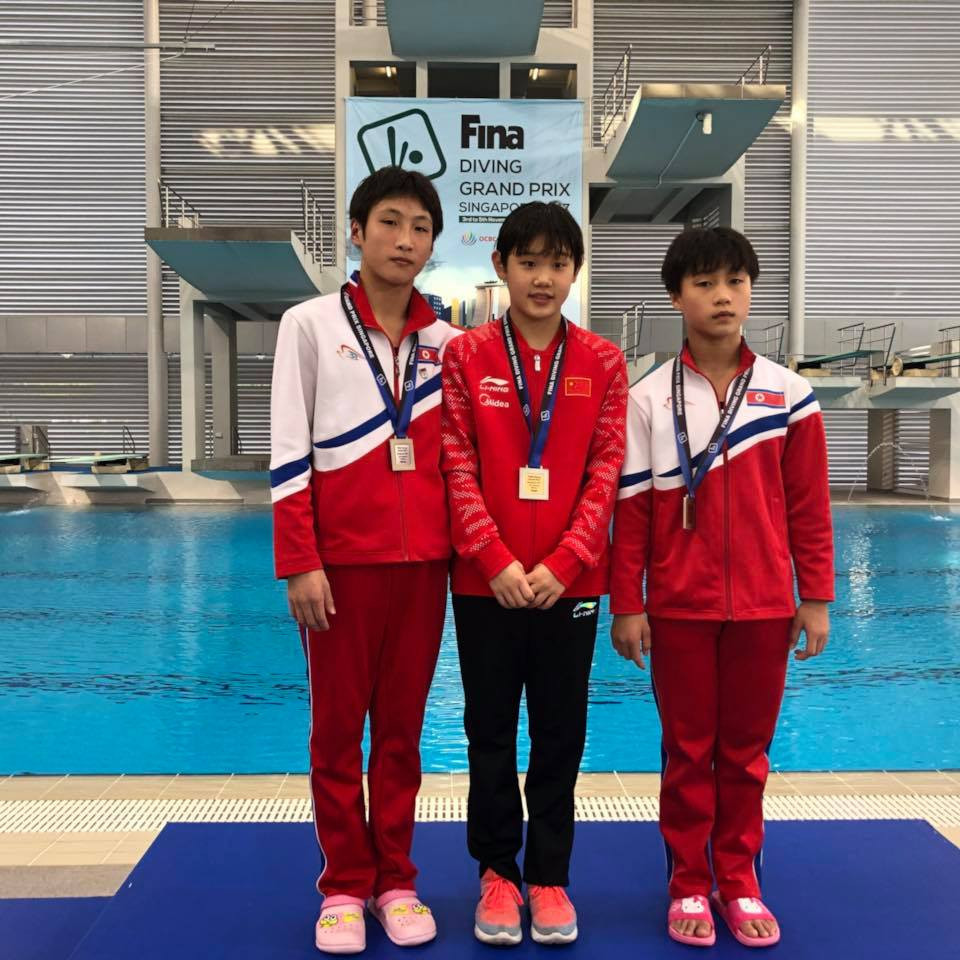 The 13-year-old, who won two titles on her debut at the China National Games in September, scored 400.75 points to finish at the summit of the podium at the OCBC Aquatics Centre.

North Korea's Kim Mi-hwa was over 50 points adrift in silver medal position as her dives yielded a total of 348.70 points.

Kim's compatriot Kwang Hui-kim was the recipient of the bronze after she registered 290.95.

"There were a few movements I could have made better adjustments for," Zhang, considered one of the most promising divers in China, told The Straits Times.

"I think I did a little better in Malaysia last month."

Kim Yeong-nam of South Korea secured his second victory at the event in Singapore as he added the men's 3m springboard crown to the gold medal he won in the mixed synchronised platform event yesterday.

The South Korean diver ended the competition at the summit of the standings on 474.70 points, beating Chinese duo Liu Chengming and Peng Jianfeng.

Scarlett Mew Jensen and Yasmin Harper of Britain triumphed in the synchronised 3m springboard event with a score of 278.58 points.

Alysha Koloi and Kate Rosman of Australia did enough for silver on 272.49 points, while Suji Kim and Eunbi Cho rounded off the podium with bronze on 272.22 points.