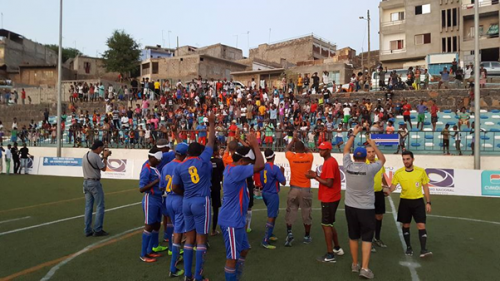 Morocco defeated Mali 8-1 to retain its title in the International Blind Sports Federation (IBSA) Championships at Tira Chapéu  in Praia in Cape Verde.

Morocco went on the attack in the first half and scored four goals but Mali returned in the second half to seek revenge.

The Moroccans, however, went on to convert another four goals to get a third successive win.

Both countries are now through to the World Championships in Madrid next June.

The third and fourth place play-off between Egypt and Cape Verde was played at the same venue the previous day.

Amilton de Jesus Pereira created history by scoring Cape Verde's first ever goal at the African Championship in the fourth minute to take a 1-0 lead against Egypt.

Egypt reacted with two rapid goals only for the hosts hit back to make it 2-2 at half-time, following a penalty.

Egypt was to dominate the second half and scored three goals to win 5-2.

Moroccan striker Abderrazak Hattab was the Championship's top goalscorer with 16 goals and was awarded player of the tournament.

His team-mate, Samir Bara, was honoured with goalkeeper of the tournament.