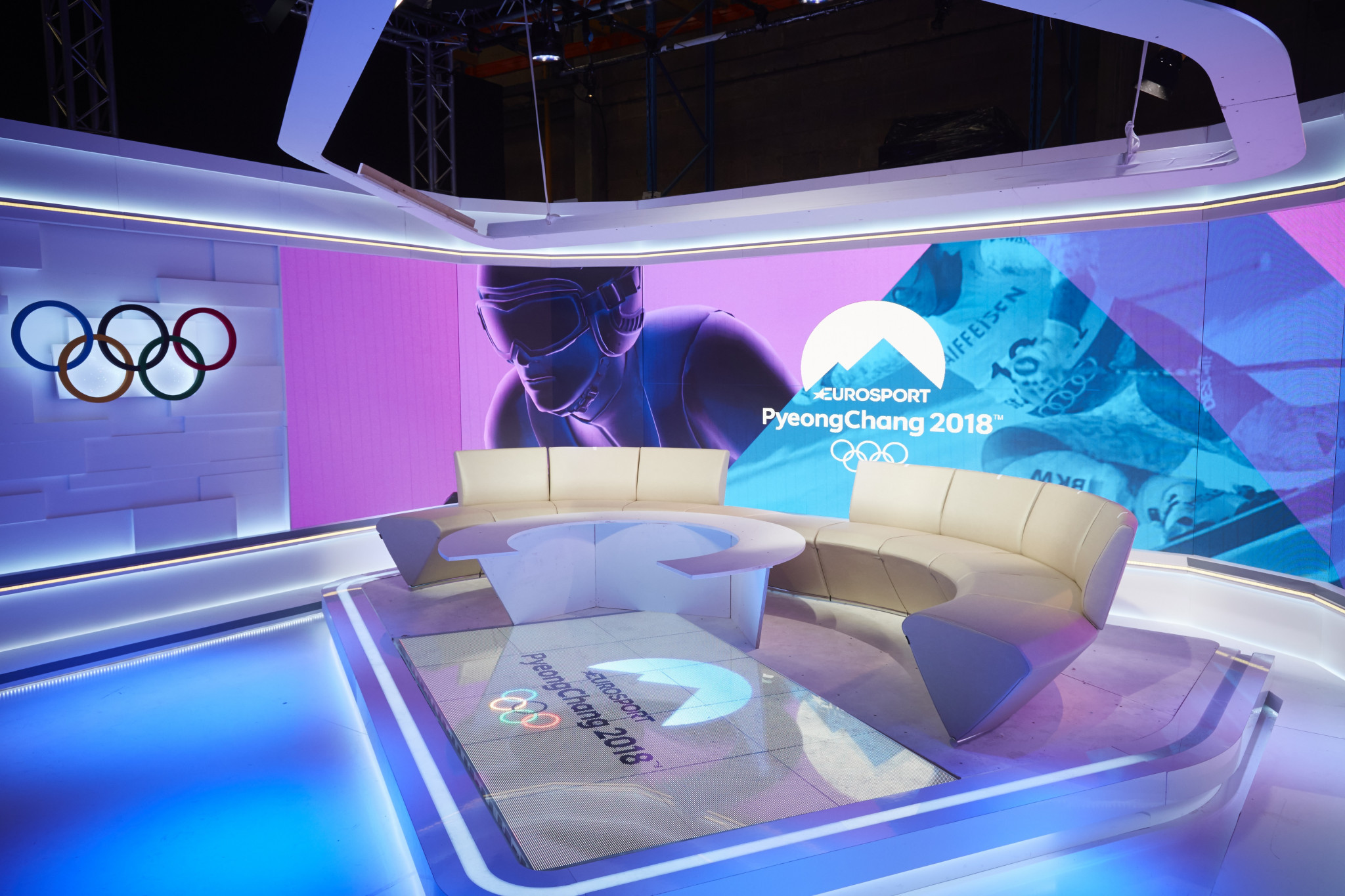 Eurosport have revealed their editorial strategy "Make it Yours" for Pyeongchang 2018, which is aimed at transforming the viewing experience for the Winter Olympics next year.

The channel will broadcast Pyeongchang 2018 across Europe following an agreement signed between the International Olympic Committee (IOC) and Discovery Communications, the parent company of the pan-European television sports network, in 2015.

It will apply to every European territory, except for France from 2018 to 2020 and Russia, accounting for 48 countries in total.

Eurosport have stated they will provide the first fully digital Games for Europe, with live and on-demand coverage across all screens in those countries.

They claim the interactive Eurosport Player will be the only place fans can watch every minute of the Games, with fans able to shape their own experience by following particular athletes or sports through their live feeds.

The feeds will include qualification for events such as ski jumping.

The player will be available online, as well as on mobile, tablet devices and connected televisions, with more than 4,000 hours of coverage and 100 events set to be available.

This will include 900 hours of live action.

It is claimed this will allow viewers to personalise their experience of the Games, picking the sports they wish to watch and giving them the option to view coverage via their chosen devices.

"We want to redefine the Olympic Games experience for the viewer with immersive storytelling, unrivalled expert talent and an all-screen strategy reaching new and younger audiences.

"We know that viewers want more: more access to their local heroes, more expertise and more ways to watch the Olympic Games, and this is exactly what we are bringing to fans across Europe."

Eurosport have also vowed to bring the Games to younger audiences, highlighting their recently announced partnership with Snap Inc in Europe, which will enable user-generated and behind-the-scenes content from the Games to be shown to Snapchat users on the continent.

A dedicated mobile studio is also set to be established in Pyeongchang to work with some of the biggest digital influencers from across Europe.

They will feature in editorial teams during the Games to provide social media content, geared towards attracting a youthful audience.

The network has also stated they will continue to work in partnership with sub-licensing partners across the continent to help tailor and supplement the coverage to their specific nations.

As part of this, Eurosport have launched an anthem, a modern cover of the Queen classic "I Want It All", performed by the London Symphony Orchestra.

It will highlight a fan's ability to instantly access every moment of the Games on Eurosport services, with the campaign tailored to represent each nation, depending where the adverts are shown.

Following their agreement with the IOC, Eurosport have stated the network have been able to have freedom of shaping the coverage across the continent.

They claim a highlight of their coverage, which they hope will set themselves apart from previous broadcasters of the Games, will be the new "Eurosport Cube" studio.

It will use augmented reality and enhanced data to create an interactive environment, which can be used to provide in-depth analysis of each of the sports.

The technology will be able to show, rather than explain to viewers, the difference between athletes competing at the Games, giving them a better understanding of how results have occurred.

This could involve "ghosting" a previous skier onto the course next to a rival athlete to show how their different approaches to a corner have allowed them to gain or lose time.

"Our leadership in sports broadcasting, combined with Discovery's extensive presence and platforms, will bring local fans closer to the events and athletes that they love," said Peter Hutton, Eurosport chief executive.

"Our world-first Eurosport Cube studio is a perfect example of this, using augmented reality and enhanced data to offer fans more informative analysis of the action.

"This will bring to life expert analysis in an interactive and immersive virtual world which has never been seen before at an Olympic Games."

Up to 100 short films are set to be used to help to enhance viewers' understanding of winter sports, with Eurosport hoping it will give people a greater perspective and encourage them to follow the sports throughout the season on the network.

This will involve sport explainers, which will use augmented reality and data to create films that delve deeper into the technical explanations of winter sports.

A similar film was created using sprint star Usain Bolt, to show the difference in technique between the Jamaican and his rivals at a previous World Athletics Championships, to show how he won the gold.

Eurosport are hopeful content, such as the Bolt clip, could be shared widely on social media throughout the course of the Games to enhance the reach of the network and attract fans.

Perrette stressed that the coverage would not be measured solely in television viewing figures, but that they instead hope to unveil a new aggregated way of measuring their reach across all platforms prior to the Games.

Eurosport are set to have over 150 local experts and Olympians reporting on the action, with an accumulated 75 Olympic medals and 28 golds between them.

Short form content will also be produced, including self-narrated stories with Olympic legends and Eurosport talents revealing their untold Olympic stories like never before, recounting personal, intimate memories of the Games.

There will also be "Ones To Watch", which will look at the potential stars of the Games, giving athletes heading to Pyeongchang the opportunity to recall the people and events that have inspired their careers.

It was announced yesterday that tire and rubber company Bridgestone, an Olympic partner, will sponsor the broadcaster's coverage of Pyeongchang 2018.

As a Eurosport presenting partner, Bridgestone will gain a prominent position across all Eurosport platforms and screens from television and on-demand, to social media and digital services.

Eurosport state they will dedicate the entire day to Olympic programming on November 1, as part of the 100-days to go milestone.

Throughout the winter, every weekend, fans will be able to follow a dedicated show titled "Destination Pyeongchang", which will feature the athletes on their journey to the Games and the best moments from the week’s winter sports action.

The Pyeongchang 2018 Winter Olympics will take place from February 9 to 25.