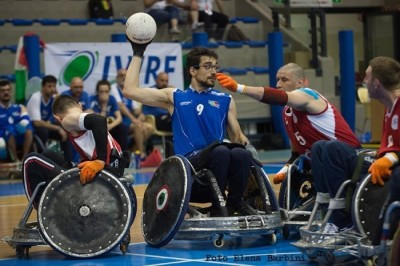 The International Wheelchair Rugby Federation (IWRF) has announced the schedule for the European Division C Championship, which will be held for the first time this year.

The third-tier event is seen as a way to help grow the sport in the continent, with action scheduled for Grosswallstadt in Germany between November 2 to 4.

Four teams who have not qualified for the A and B European Championships will compete.

The Czech Republic, Russia, Israel, and The Netherlands will participate at the Business and Sporthotel Großwallstadt.

The top-two finishers will advance to the IWRF 2018 Division B Championship, at a location yet to be announced.

Action begins on November 2 with an Opening Ceremony before Russia play The Netherlands and the Czechs take on Israel.

Each team is in action twice on November 3 with Russia playing Israel and the Czech Republic.

The Czechs then play The Netherlands while the Dutch team also take on Israel.

Competition then finishes on November 4 with the semi-finals and medal matches.

Europe is the largest IWRF region with 17 active members and seven more developing the sport on a national level.

Great Britain won the elite European Championship title in Koblenz in Germany this year, beating Sweden 49-41 in the final on July 1.