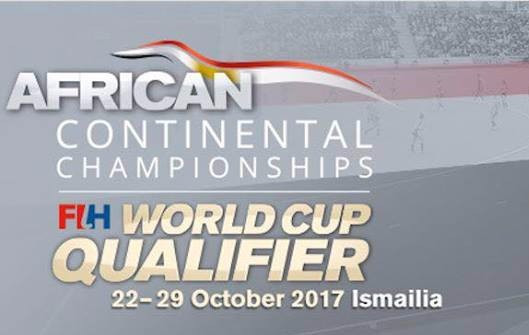 Ghana inflicted a heavy defeat on Egypt at the women's Africa Cup of Nations in the Egyptian city of  Ismailia today.

They moved onto six points in the group standings following a 6-0 win at the Suez Canal Hockey Stadium.

Vivian Narkuor and Nafisatu Umaru both scored twice while sole strikes from Emelia Fosuaa and Elizabeth Opoku completed the rout.

Kenya grabbed their first win of the tournament today.

They edged Nigeria, who are still looking for their opening victory, 1-0 after Pauline Amutebi proved to be the winner.

Ghana's sensational performance did not translate to the men's team as they fell to a 3-2 defeat to South Africa.

Michael Baiden opened the scoring for Ghana after just one minute but the match was soon back in the balance as Nqobile Ntuli levelled matters for South Africa.

Ntuli added a second just a minute later before Ernest Opoku replied for Ghana to make it 2-2.

Taine Paton then scored the winner for South Africa, though, with 46 minutes played.

The winners of both tournaments will book their places at next year's World Cups.